Ubiquitous Humanity: at iPompei for the next step of smart communities

Back in the city of Pompei for the next step for the future of our cities.

We will be in Pompei on June 3rd and 4th for iPompei, an event organized by the Public Administration of the City of Pompei together with the MIBAC (Italy’s Ministry for Cultural and Artistic Heritage), UNESCO, and MIUR (Italy’s Ministry for Education and Scientific Research)  to present the second phase of the Ubiquitous Pompei project, together with a series of additional initiatives. 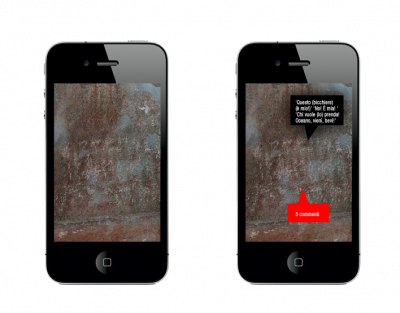 As you might remember from our previous activities, the Ubiquitous Pompei project engaged high school students of the city of Pompei to provide them with technologies through which they have been able to start a participative process of designing their vision of the digital city, and to start to implement the first services which they imagined.

The project has been really successful so far, as the students skillfully engaged with the opportunities offered by ubiquitous technologies and created mobile applications and web systems which foster active citizen participation, as well as the emergence of new opportunities for public life.

The idea of creating an ubiquitous digital infrastructure for their city has been truly insightful for students, who have imagined tools for everyday life which allow people to engage the important themes of the city, to observe their societies and environments as they live, in real-time, and to promote new opportunities which emerge by combining public, participated city-governance and decision making processes, open data, and the possibility to relate to fellow citizens who share the same interests and visions, and to collaborate with them to the design and implementation of new opportunities. 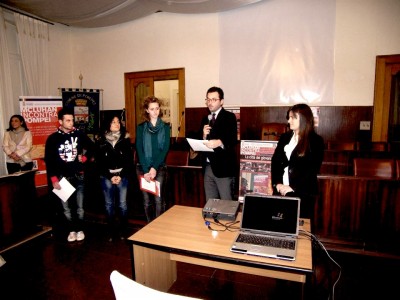 the first phase of the project

This has been a truly important action, as it was designed to activate the young students of Pompei’s high schools, and to bring them to direct contact with the public administration to pragmatically suggest new visions.

We promoted a form of peer-to-peer education and knowledge model, in which we acted as technological facilitators. We created a series of technological tools which students could use to design and assemble their ideas for services and citizen-centered processes.

Students learned about the possibilities offered by the technologies and autonomously designed their visions and services, with our help on the technical and technological side.

In the next step of the project, several innovations will take place:

This project has been a real breakthrough, with innovative ideas springing up at each phase and quickly turning into real services which can be freely used by the rest of the population. 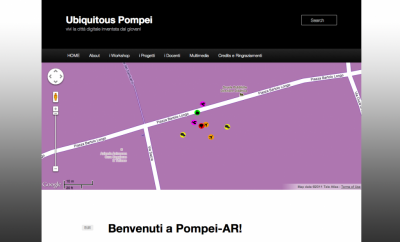 the first phase of the project

The project has been chosen by Italy’s Digital Agenda as a best practice for the thematic tables which are leading the design of the policies which will conduct the country’s digital future. A team of consultants of the Ministry of Education and Research  (and, specifically, Damien Lanfrey and Dario Carrera) has been following us closely in this, providing fundamental insights about the strategies which could be used to further enhance this project  and to enable it to scale nationwide.

All this, together, has brought to this second stage of the project which will be presented in Pompei on June 3rd and 4th. The start of the city-wide process which will let the specifications of the next stage of the project emerge and, then, start the next phase of design and implementation. And the start of the phase through which the project will form its strategy for scalability, engaging other schools and the other public administrations which have already shown interest in the process.

The process will begin with citizens.

The MIUR has kindly provided us with the Ubiquitous Italy platform on IdeaScale to start the public discussion with citizens.

We will keep you updated.

On Sunday June 3rd we will be at the City Hall (4pm – 6pm) in an event which is dedicated to the whole population of the city of Pompei for a workshop in which we will start the participatory design process of the digital city.

On Monday June 4th, at 12am, we will be again at the city hall with a meeting with the media and press, where we, together with the City Administration and the MIUR will officially present the next stages of the project.

More info can be found here:

Here is the presentation that we will give during the event: