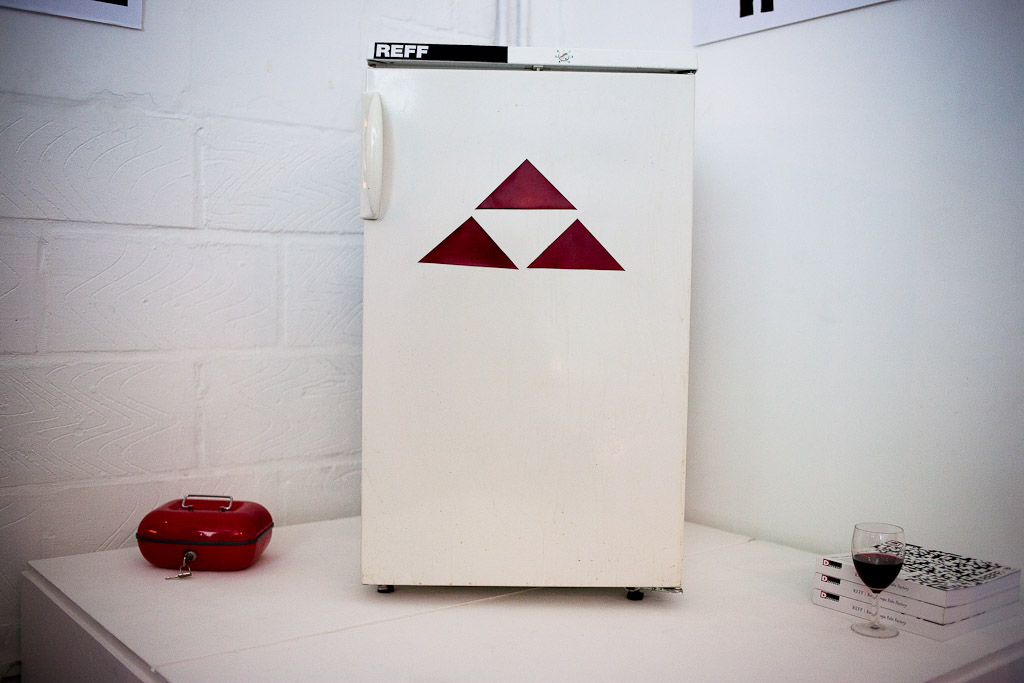 back from London, here are some more info about the event held at Furtherfield Gallery, to present REFF RomaEuropa FakeFactory and the Augmented Reality Drug. 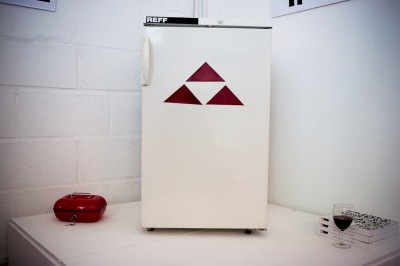 our wonderful friends at Shoot4Change came to see the exhibit and took these wonderful pictures about the performances and the presentation of the AR Drug. An enormous thanks to our newly found fried Marco Berardi for them!

An Augmented Reality Drug has been created and distributed to the visitors at the Furtherfield Gallery in London.
REFF, the fake institution created to enact innovative cultural policies all over the world used the opportunity offered by the exhibit on the “reinvention of reality” that was currently held at the Furtherfield Gallery in London to deliver their Augmented Reality Drug to the visitors. 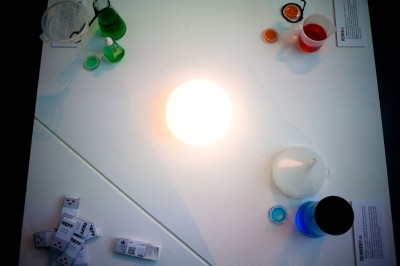 The people at the opening of the exhibit have had the chance to taste the drug and to experiment with their effects: the possibility to create new forms of expression, to fill the world with digital content and to realize new forms of free, independent communication that are able to mutate our perception of cities and the spaces we live in, just like a psychoactive drug.
This is the metaphor used by Art is Open Source: the Augmented Reality Drug is really an open source software platform that allows people to use the so-called ubiquitous technologies, thus enabling the owners of iPhone and Android smartphones to freely create videos, sounds and other contents directly in the spaces and places of our cities. Completely new forms of communication that really change the way in which people communicate and relate with the rest of the world. 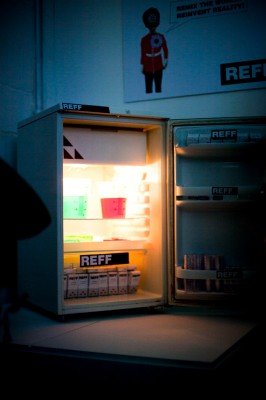 The drug has already been distributed in dozens of universities all over Europe, and hundreds of projects for the “methodological reinvention of reality” are popping up in the laboratories of these institutes.
Everyone is addicted!

REFF in the world:
http://reff.romaeuropa.org

You can buy the AR Drug here on eBay