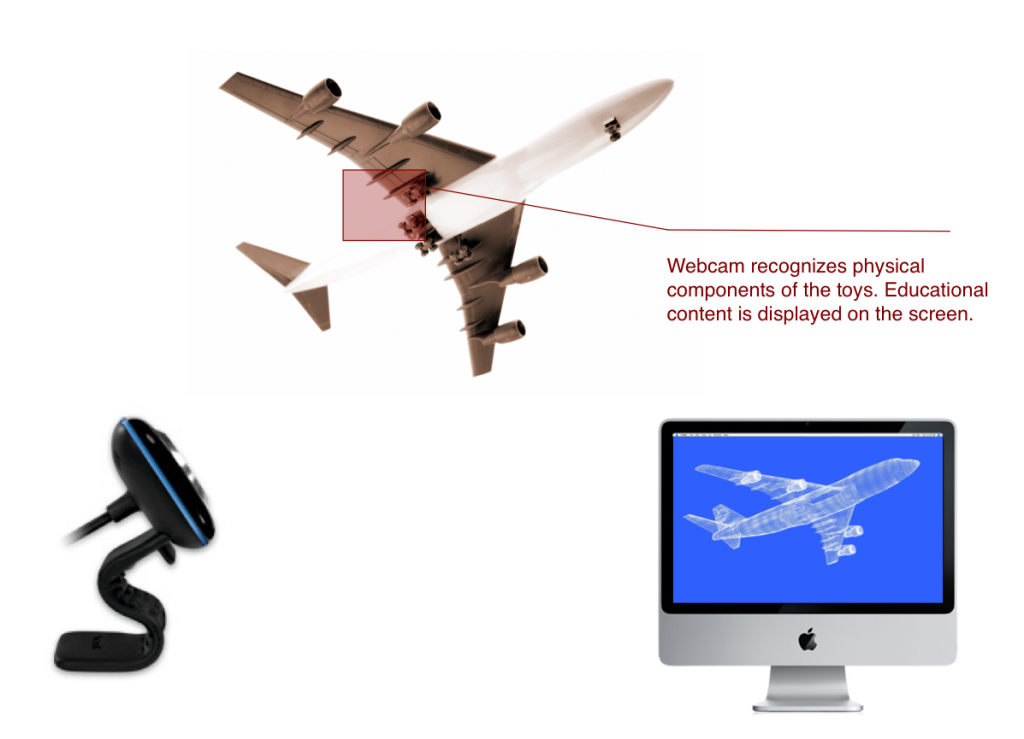 Art is Open Source, together with FakePress presented Toys++, an augmented reality system allowing you to apply digital contents to the toys people (and especially children) play with, and to visualize them while you assemble them.

A concept which unites augmented reality and education in novel ways through the concept of Ubiquitous Publishing: when everything becomes a publishing space, thanks to ubiquitous technologies.

Toys++ is a research project done with FakePress Publishing producing a series of augmented reality toys. Initially presented at the ICALT global meeting on education technologies in Tunis during 2010, and then featured in the book “Musemus at Play” published by Museums etc publishing, the project implements a way to embed education practices directly into objects, by using augmented reality features that are accessible by placing the toys in front of a webcam.

Toys++ at ICALT in Tunisia