The book about REFF, RomaEuropa FakeFactory, the fake cultural institution which has uncovered the beginning of the corporate invasion of digital cultures in Italy. 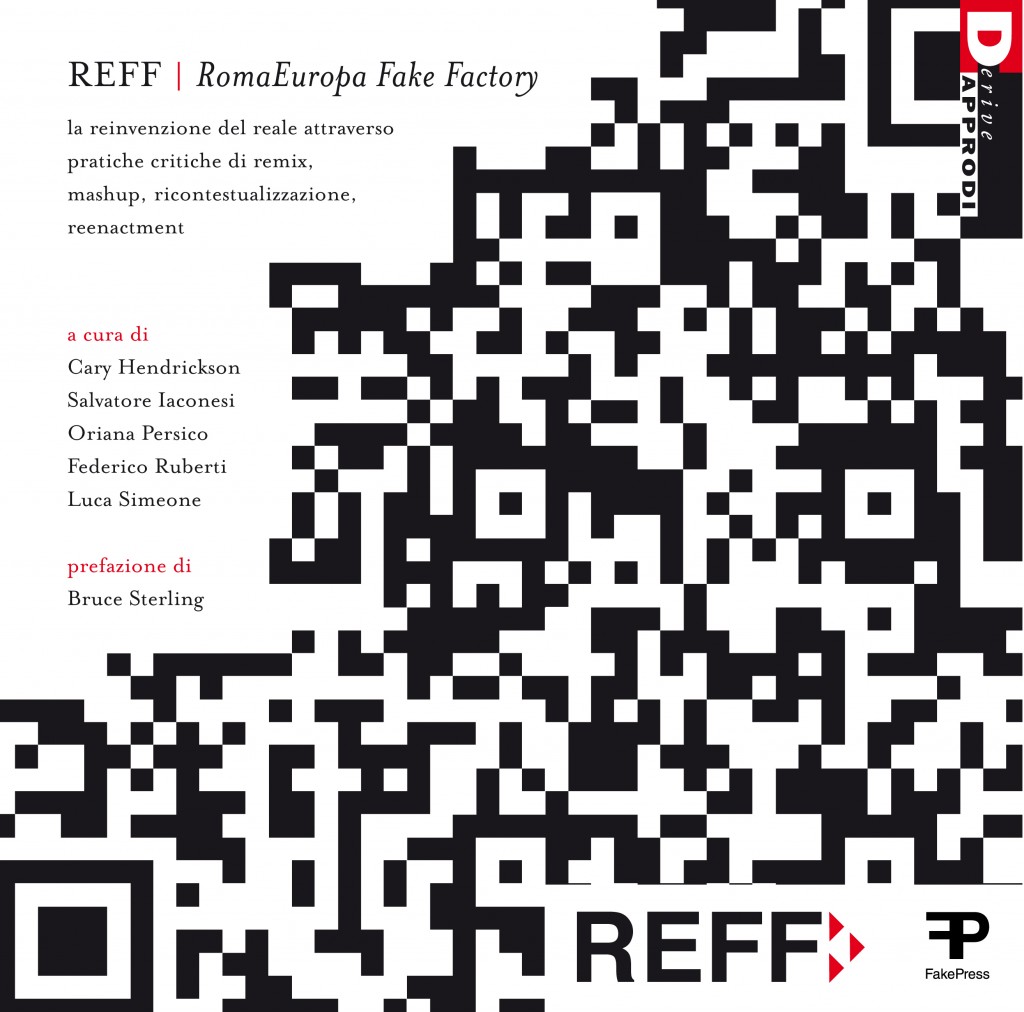 REFF was born in Italy in 2008. Since then it continuously operated using fake, remix, reinvention, recontextualization, plagiarism and reenactment as tools for the systematic reinvention of reality.

To do this, REFF established an international competition on digital arts, a worldwide education program in which ubiquitous technologies are used to create additional layers of reality for critical practices and freedoms, a series of open source software platforms and an Augmented Reality Drug.

The book describes through theory and practices the possibilities, technologies, methodologies and opportunity for critical reinvention of reality. Mutating cities, bodies, objects, spaces, ethics and relations for new humans that take their future and imaginaries back into their hands.

REFF book is not only a book, but also a platform for expression. All the technologies used throughout the book are released as open source software products, to be used by anyone wishing to easily and accessibly produce cross-media content that can be used on paper, on bodies, objects and spaces.