Angel_F, the first year of life of an AI 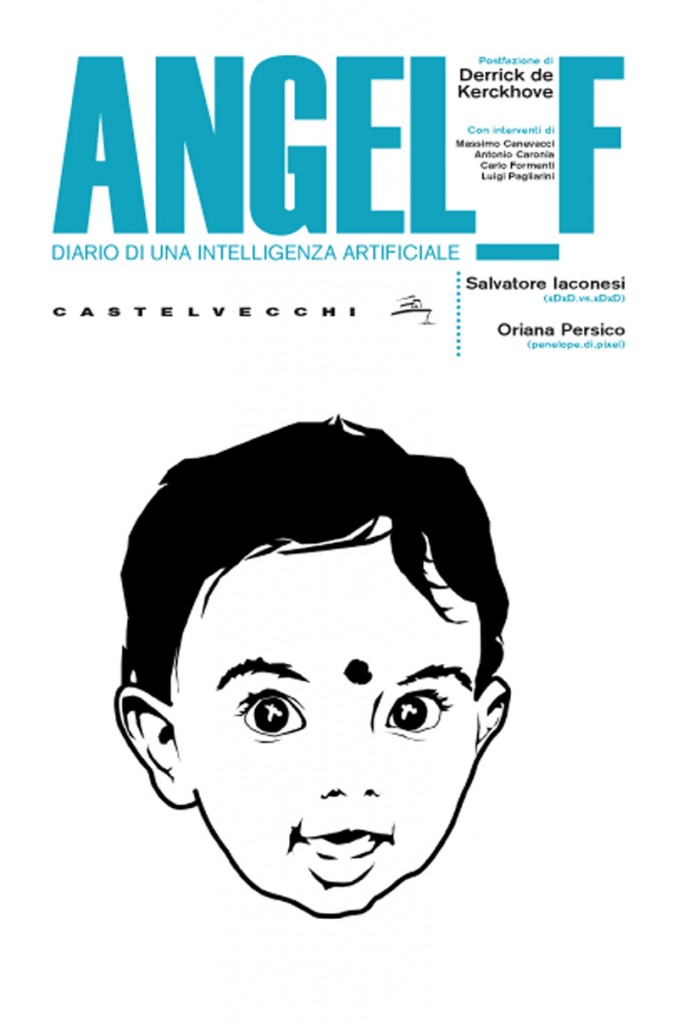 The book of Angel_F, the young Artificial Intelligence who has become the first “living” research on the evolution of identity. The book narrates Angel_F’s first year of life, from its conception as an intelligent spyware to its participation to the Internet Governance Forum in defense of digital rights.

Angel_F is a fictional child artificial intelligence that has been used in worldwide art performances focused on the issues of digital liberties, intellectual property and on the evolution of language and behaviour in information society. The character was created by Salvatore Iaconesi in 2007 as a hack to the Biodoll art performance by Italian artist Franca Formenti.

The project revolves around the story of the technological sensual relationship between the Biodoll, a digital prostitute, and professor Derrick de Kerckhove, culminating in the birth of the young artificial intelligence. The digital child morphed from a spyware program capturing internet users’ browsing activities in order to gather text to feed an algorithmic language generating system (thus letting the “child” learn how to speak) and became a digital personality used by the artists for both online and real-world performances.

The project was later joined by Oriana Persico who curated communication and part of the theoretical approaches of the action.

The Angel_F project has been featured in books, magazines, national televisions, and has been invited to many worldwide conferences and events, both academic and artistic.

On one occasion, in October 2007, Angel_F attended the Internet Governance Forum (IGF) in Rio de Janeiro as the only digital being invited to speak: the young artificial intelligence was featured with a video message concerning the struggles for digital liberties, privacy, knowledge sharing and access to networks and technologies.