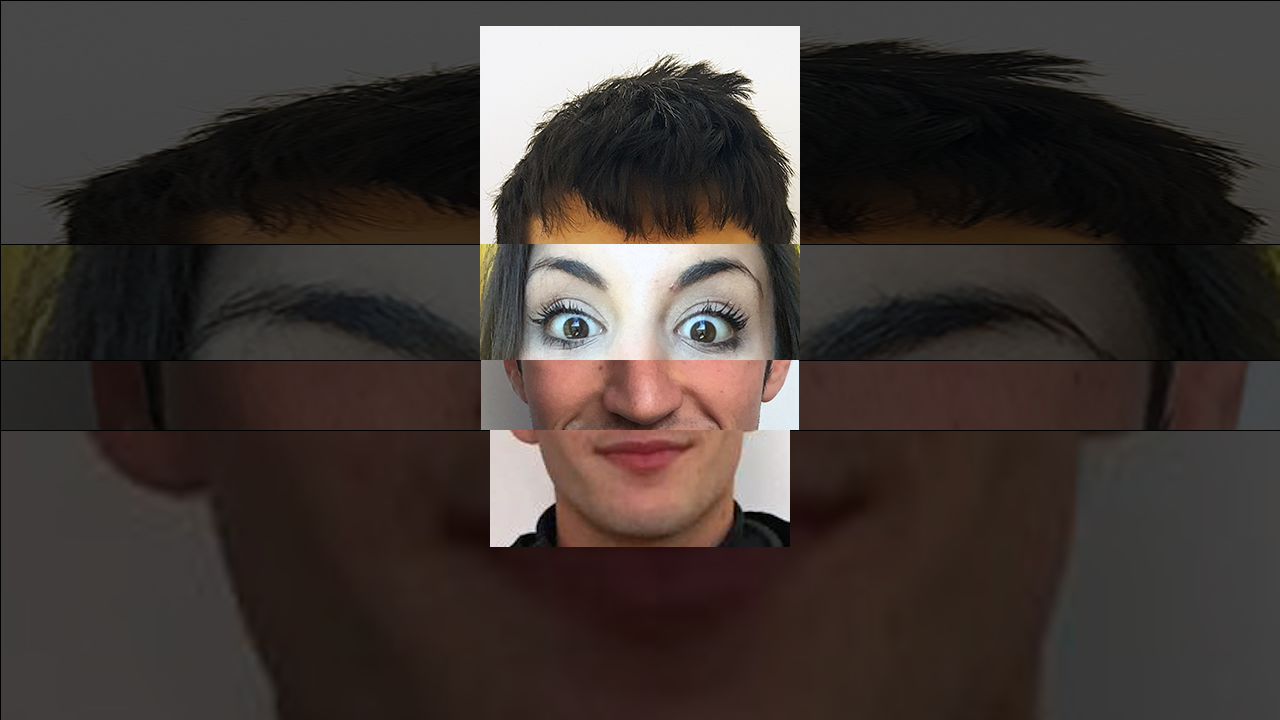 We took pictures of our faces. We used facial recognition algorithms, the technologies which are used to identify us, to subdivide our faces and remix them.

We created a video generated through the remixes of our new faces.

In the video, each face appears for 4 seconds.

Which is more than 5 months.

From a few dozens, we became millions.

43^4 is a work on identity, on the fragility and mobility of the boundaries of self.

On where “I” begin and where “You” end in the era of ubiquitous technologies, of algorithms and of social networks.

The technologies and algorithms which are commonly used to invade our privacy, for surveillance and control, have been studied and understood by 2 classes of high school students, which then repurposed them to create an artwork.

The work has been completely conceived and implemented in all its parts during 3 days in which we held a workshop at Fondazione Mondo Digitale.

A few classes of 2 roman high schools generated a metropolis.

During the 3 days of the exhibit of the festival we will only see 1.898% of the faces which we generated.

The work will be exhibited at the Media Arts Festival in Rome, at the MAXXI Museum.