Europe is launching a campaign to understand what people think about the future of Internet.

Three weeks, three different wide surveys, and  for the first time in the history of the initiative big data, social networks analysis and visualizations entered the scene.

Data are analyzed and visualized using HER – Human Ecosystems Relazioni technologies and methodologies.

For the first week campaign, we are happy to share and analyze together the first group of visualizations, which can be found in their interactive version on the official website of the project at this page.

Sign up, partecipate to the survey and express your opinion about the future of Internet.

Learn more about the methodological, technological and ethical approach here.

Number of messages, users and languages 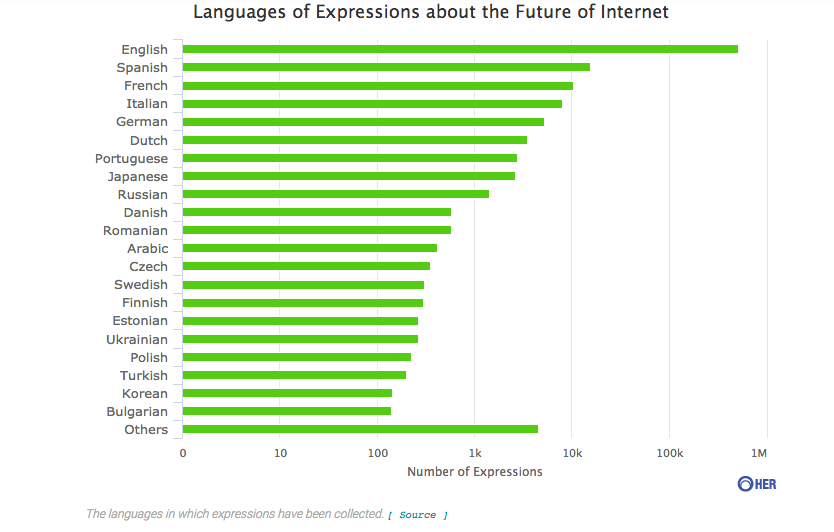 Visual comparison between the numerosity of expressions about the Future of Internet, Brexit and Soccer 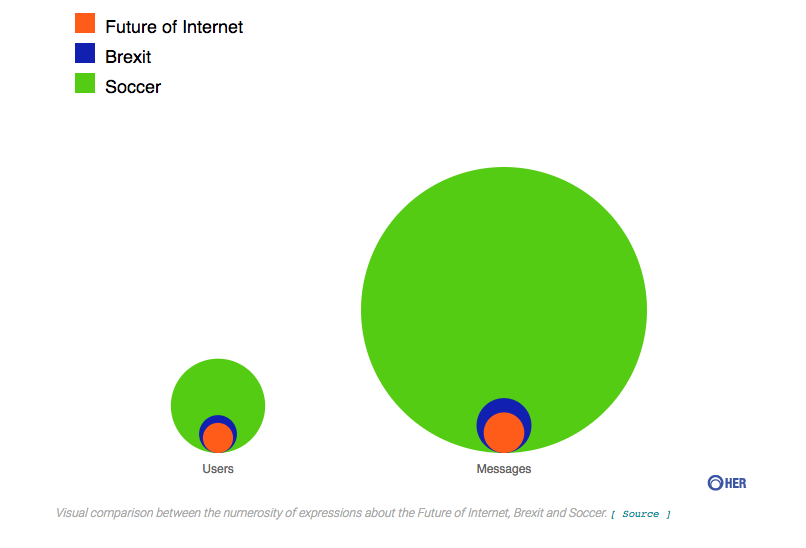 [3] What People are talking about?

The top topics in the conversations about the Future of Internet

The tag-cloud shows the hottest topic discussed by European citizens while speaking about the Future of Internet on major social networks.

The top five topics are: 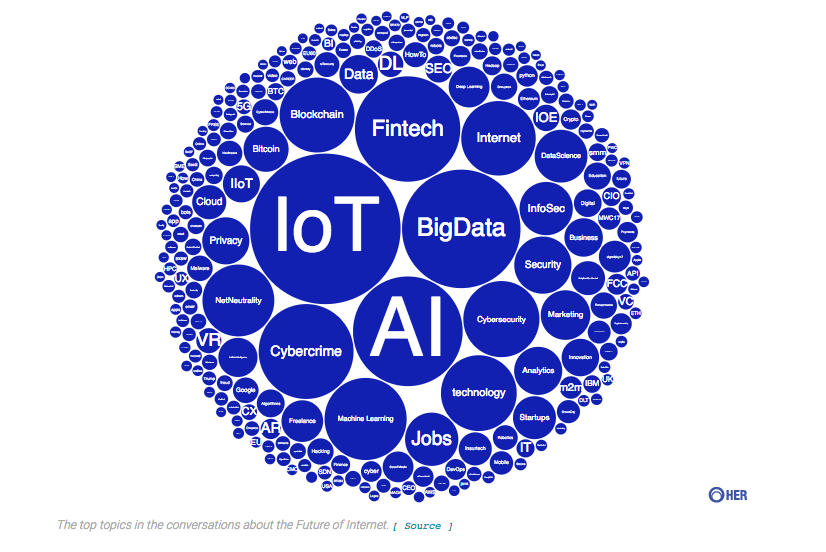 The bubble shows the emotional expressions related to each topic.

According to the visualization, European citizens are mostly “nervous” about the Future of internet, with a total of 1501 topics expressing nervous emotion, against 128 topics related to comfort and 193 related to confidence. 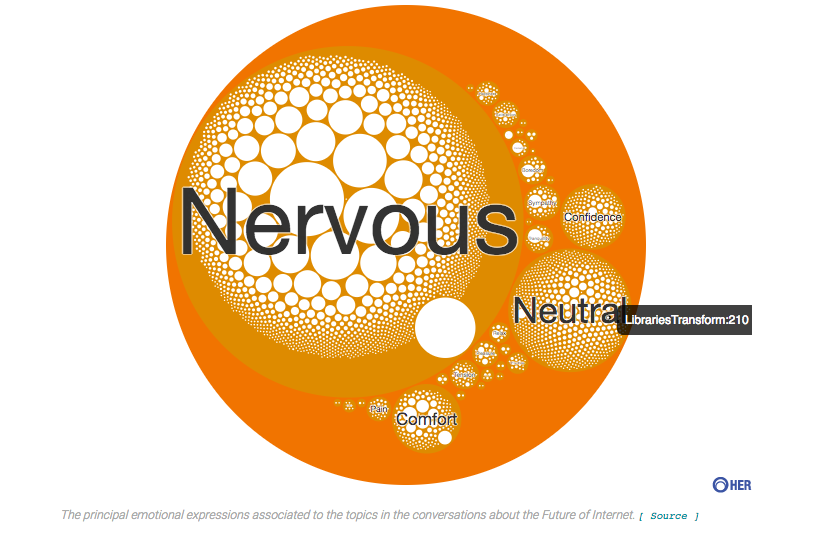 The map shows the relations among the main topics in the conversations about the Future of Internet (that is: “when people are talking about x, they are are also talking about y”). 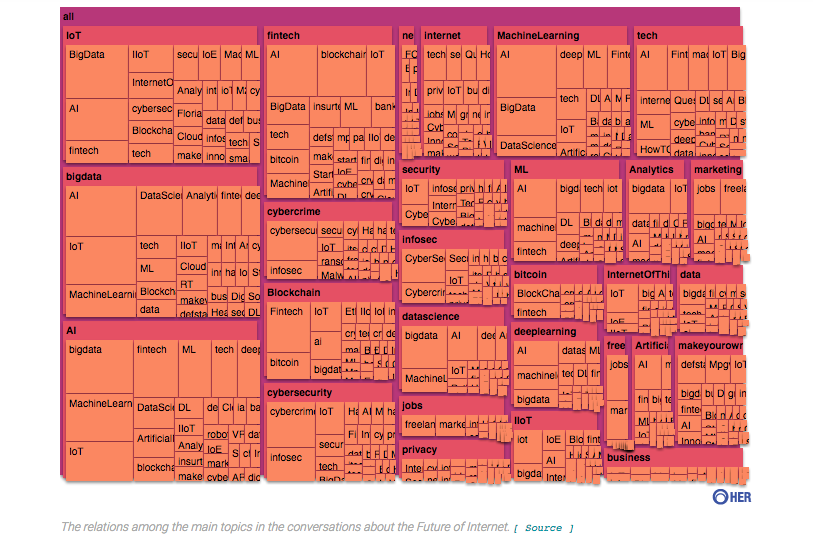