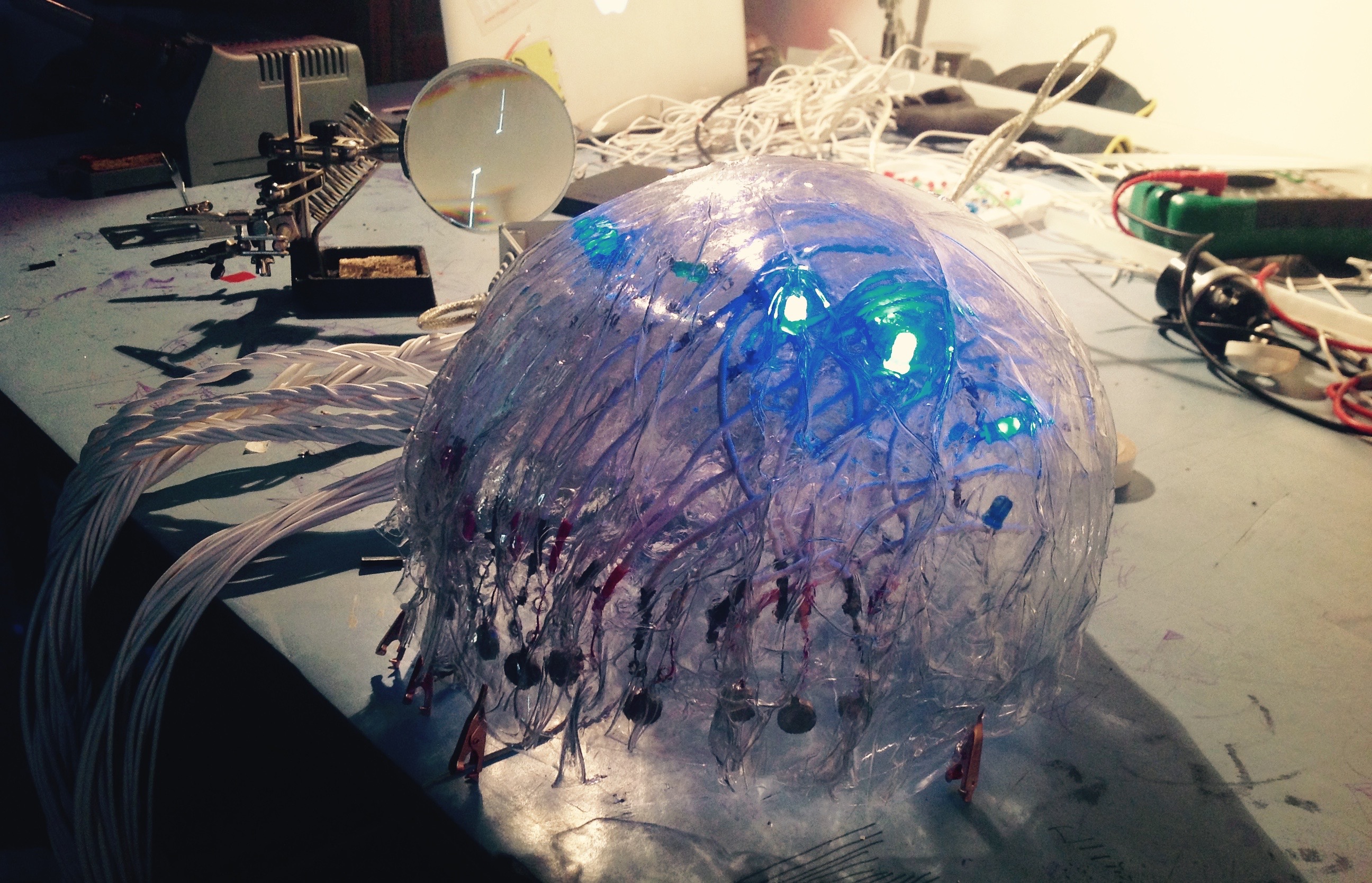 This September 3rd and 4th we will present Baotaz, a collaborative project through which we merged arts, sciences and technologies to formulate an hypothesis to create new models of interconnection among people and places, globally: a new augmented sense, a new sense-ability. In Milan, at La Triennale di Milano, at Condividi la Conoscenza. 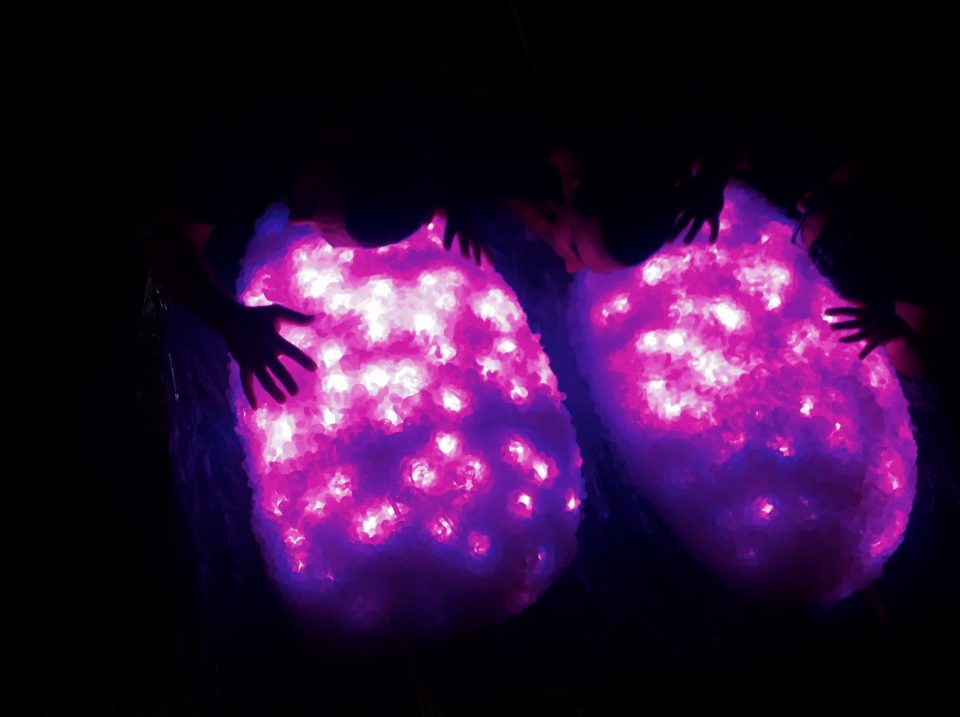 During La Cura Summer School we came together with people from across the world and disciplines to research the implications of interconnectivity, to attempt at designing an augmented sense,  a technological tactility through which we could investigate ways in which people could meaningfully, autonomously and meaningfully connect with one another globally.

We came across issues which are technological, cultural, psychological, legal, anthropological, aesthetic, philosophical and perceptive. We enacted a trans-disciplinary process in which all sorts of contribution came together to discuss, design and create.

From sensibility to sense-ability.

The results of this process will be presented at La Triennale di Milano in occasion of Condividi La Conoscenza, at the Expogate in Milan, on September 3rd and 4th.

The results come under multiple forms: 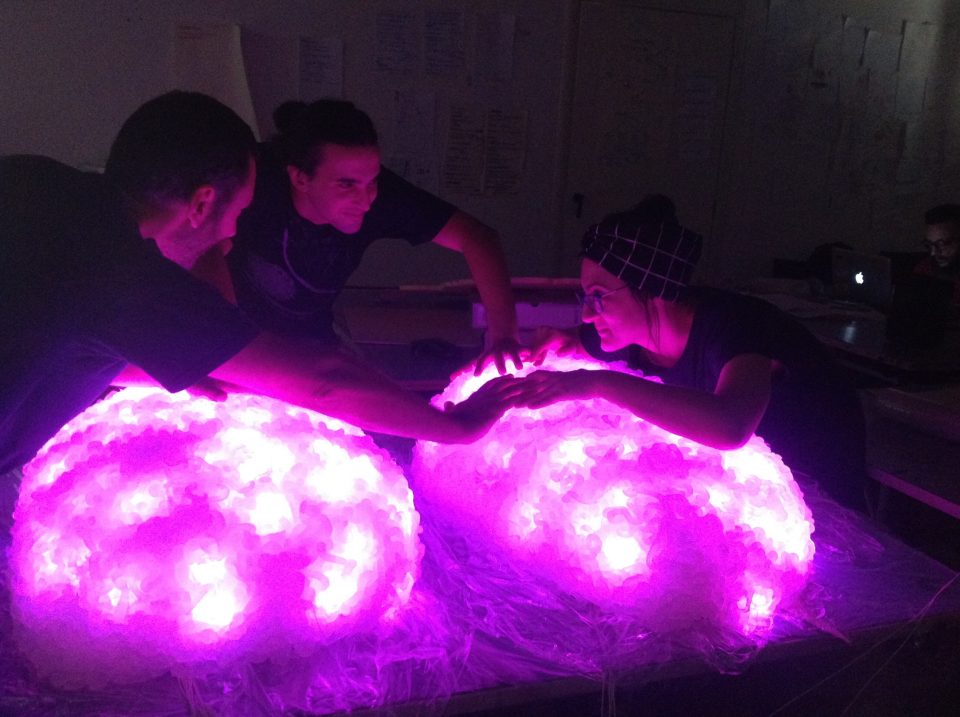 Some details on the Interconnected Brain:

The interconnected brain is connected to a Human Ecosystems platform which harvests data in real time from Twitter and Instagram, searching for expressions about “inhabiting the planet” and “inhabiting the city”, in 29 languages. These expressions are processed using natural language analysis to detect the emotions they express (using the Circumplex Model of Affect), the topics they confront with, and the relations they describe.

This information is sent to a Processing which uses it to modulate signals that are sent to an Arduino board and circuit which is used to pilot the generative patterns of the lights embedded in the sculpture and the sounds which are generated in the installation.

The LEDs in the installation are controlled in waves which are affected by the incoming data, in real-time.

According to the axes of the model of emotional appraisal (Comfort and Energy), a color is selected: Blue indicates more comfort, Red indicates more energy. When both are present, Purple results.

Variations happen according to the relational environment created in the infosphere. We use two values: relational graph density (giving a sense of how much people are interconnected) and intensity (giving a sense about how these interconnections generate action and expression). The wider (amplitude) the oscillations in color, the more the graph is dense. The faster (frequency) the transitions, the more the relational graph is intense.

Some details about the Augmented Sense:

The wearable device which implements the augmented sense functions much in the same way as what we have seen for the interconnected brain: Human Ecosystems gathers planetary data, feeds it to a Processing sketch which sends it to some electronic circuits. On these circuits a series of small vibrating motors transform data in vibration and tactility, and are accompanied by lights and a series of solutions for sensorial activation (including eye and ear pieces which allow for maximum concentration on the tactile signals emitted by the wearable device).

A study has been made to understand which patterns of tactile stimulation could be meaningfully interpreted, to convey understandings about the data. Instead of sending single impulses, which would have been difficult to compare and understand in their entity, we have chosen to produced continuous waves of signals, which are then perturbed through data, thus obtaining signals which are easily recognizable on the skin and which the brain quickly figures out how to interpret.

In Baotaz different versions of the wearable are already being designed, for disabilities, children and parents, remote relationships, and, in general, to experiment multiple ways in which people can physically interconnect with vast or remote phenomena, using an augmented sense.

Below, the full press release, and the next steps. More on these pages soon.

BAOTAZ, the wearable technology which interconnects the planet

At La Triennale di Milano, the showcase of a technologically augmented sense which materializes planetary phenomena onto our bodies.

How do the people in an interconnected planet relate? What is an “augmented sense”? How is it possible to develop new “sensibilities” to interconnection (aesthetic, neuro-psychologic, social)? Is the vast quantity of data and information that we produce daily through ubiquitous networks and technologies a commons? Why are arts and trans-disciplinariety progressively more at the center of innovation processes?

These and more are the fundamental questions which have led a group of artists, researchers, designers, architects, philosophers, engineers, physics, computer scientists, law students and poets from all over the world to converge to La Cura Summer School.

This August 22-26th ISIA Firenze was transformed into a transdisciplinary laboratory moving across sciences, arts, technologies and design, to give birth do Baotaz: a process, a collaborative platform, an interactive installation and a wearable technology to experiment on our own bodies the emotions expressed all over the planet, and to create meaning and action from them.

The Baotaz exhibit in Milan will be an immersive experience in which data, relations and emotions generated from our interconnected lives will materialize in the public space of the city, in the environment of an exhibit hall, and onto our bodies.

Baotaz will then be in Pozzilli, September 3th 2016, at the Parco Tecnologico IRCCS of the Neuromed Institute, in occasion of the “European Researchers’ Night“: the event is promoted from the Neuromed Foundation which, following the lines described by the European Commission, will investigate the theme “Science is wonder-ful”.

More information about the exhbibit, on the installation and technologies, the La Cura Summer School and the Baotaz project:
info@nefula.com

BAOTAZ is a project conceived by (alphabetical order):