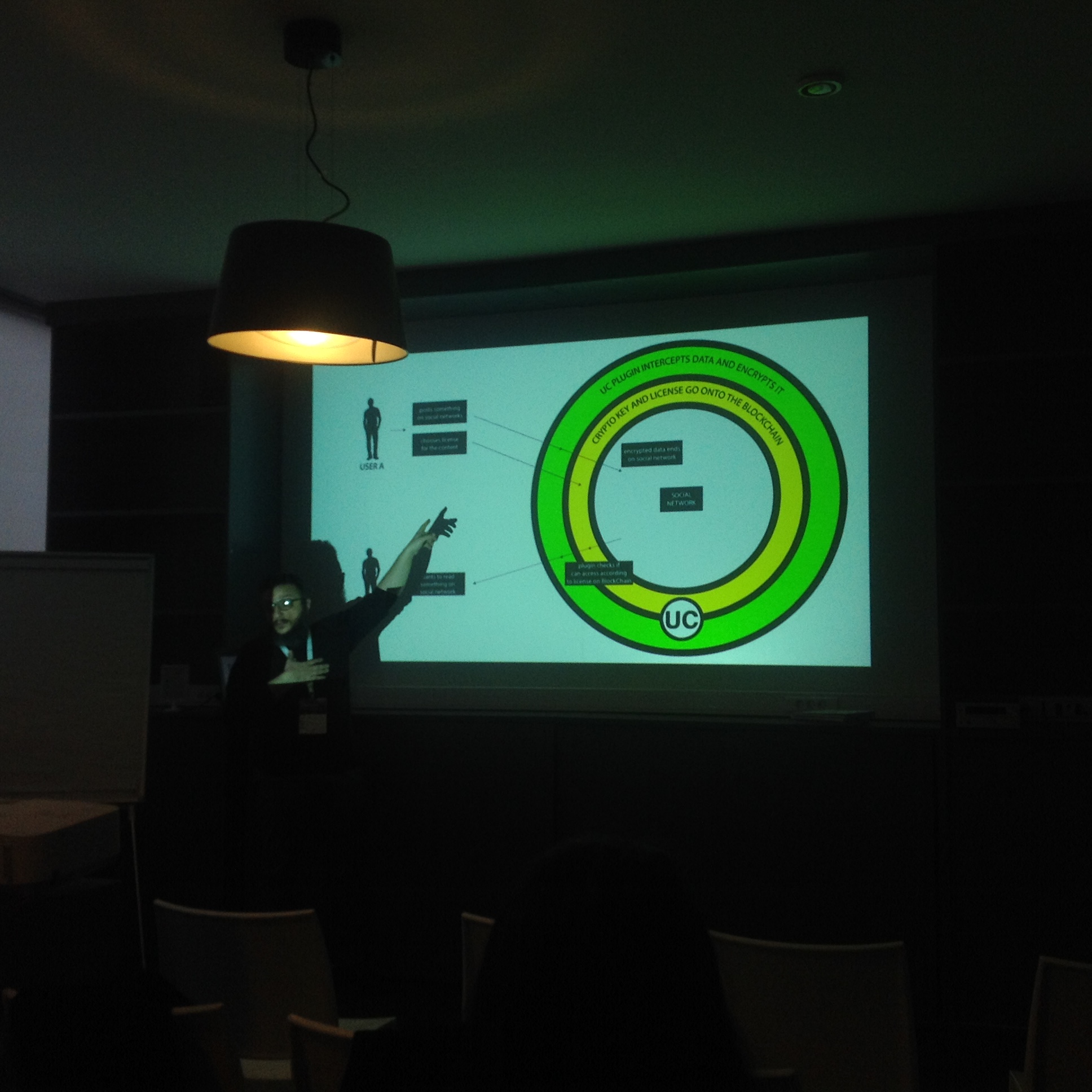 this news article appeared on the Ubiquitous Commons website.

A preview of the Ubiquitous Commons first prototype has been presented at the NetFutures 2015 event held in Brussels, during the CAPS concertation meeting, for the special topic regarding Distributed architectures for decentralised data management.

This, below, is the presentation used at the event:

During the event the first prototype implementation has been released for the Ubiquitous Commons first concept, featuring a browser plugin which allows data-subjects to apply their own licensing schemes to the content they produce online, and to create shared, collaborative dynamics around people’s data and information. 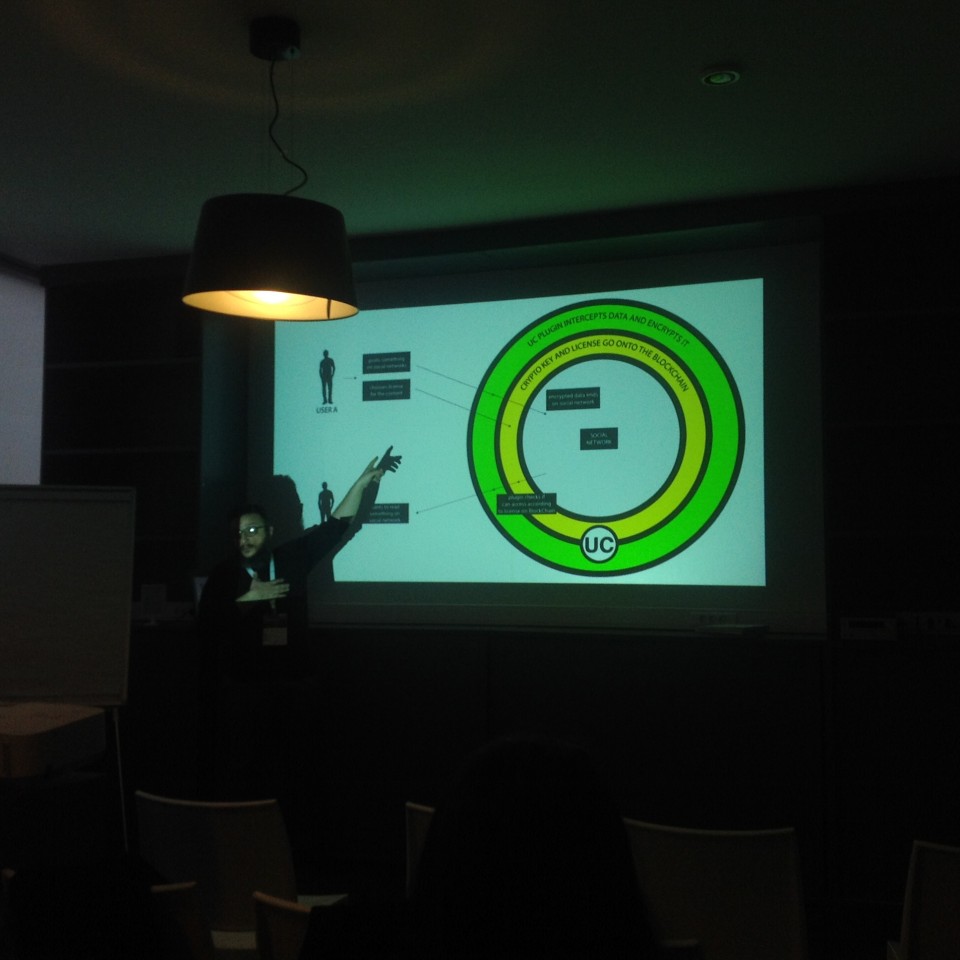