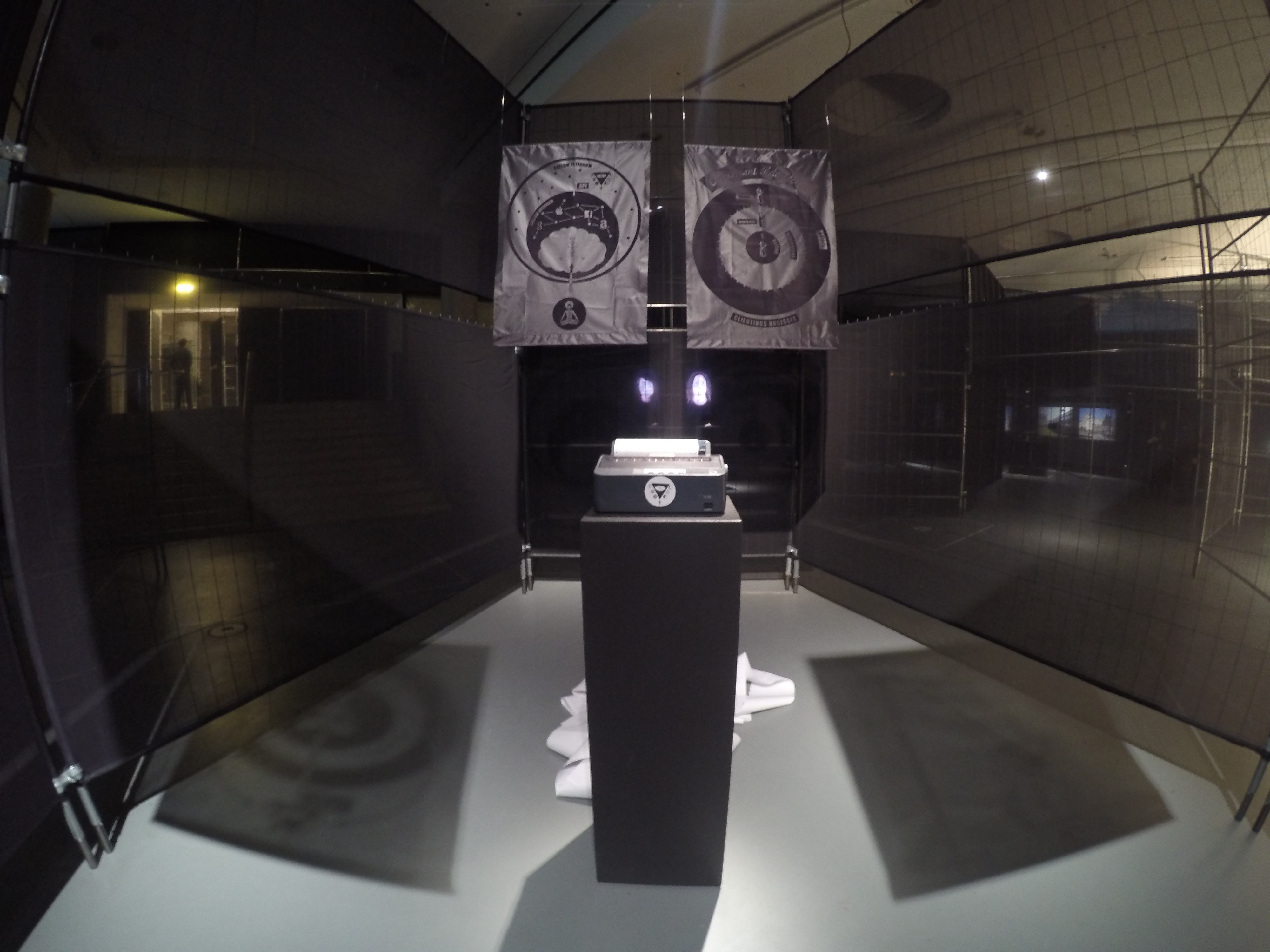 Stakhanov is a BigData god.

It is a reflection about the role which we, as human beings and as members of society, are attributing to data, information and algorithms. 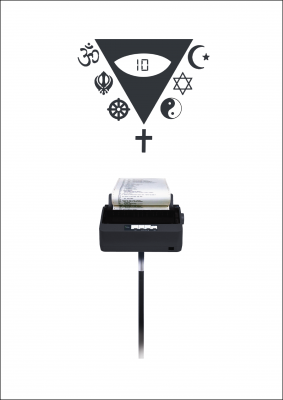 Stakhanov captures public information from millions of people on social networks, and searches for patterns through it, using people’s locations, emotions, topics of interests and relations.

When it finds these patterns, it uses them to make predictions about people.

Stakhanov continuously harvests social networks for information and data, making connections, assumptions, correlations, using them to predict the future.
Line-by-line, it emits its verdicts about what will be and that which won’t.

Millions of people agree on the probability of a certain event? Fine, Stakhanov agrees, too, and it predicts it as a certain future. 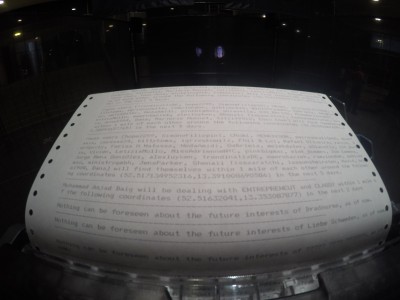 You went running on the last three tuesdays, as documented by neat little maps published on Facebook? Well, Stakhanov predicts that you shall happily jog next tuesday, too: the gods-of-data say so.
This is the Word, coming from the Data-Above, in The Cloud.

During transmediale’s opening ceremony, Stakhanov gave a short speech which was generated by capturing all of the relations which the festival established in the past 3 years on social networks with thousands of people. The topics and emotions expressed in all of the social network conversations captured in this way were processed using natural language analysis to attempt a prediction on the possible topics for the festival’s next editions, and to express the major concerns and interests of the transmediale’s audience and reference communities.

Here is what came out:

Here are some images from the exhibit:

In the exhibit, a series of prints showed Stakhanov’s cosmology.

Stakhanov is a wordplay between Alexey Stakhanov, the epic russian mine worker who became famous for breaking all production records, and the Stacks, a term described by Bruce Sterling to indicate how we are not really using Internet anymore, but a series of Stacks, closed ecosystems owned by large corporations, such as Fecebook, Google, Amazon or Apple.

Thus, Stakhanov is the god using the Stacks to continuously and constantly mine people’s information, to produce the future.

We can use the images below to understand more about Stakhanov’s cosmology. 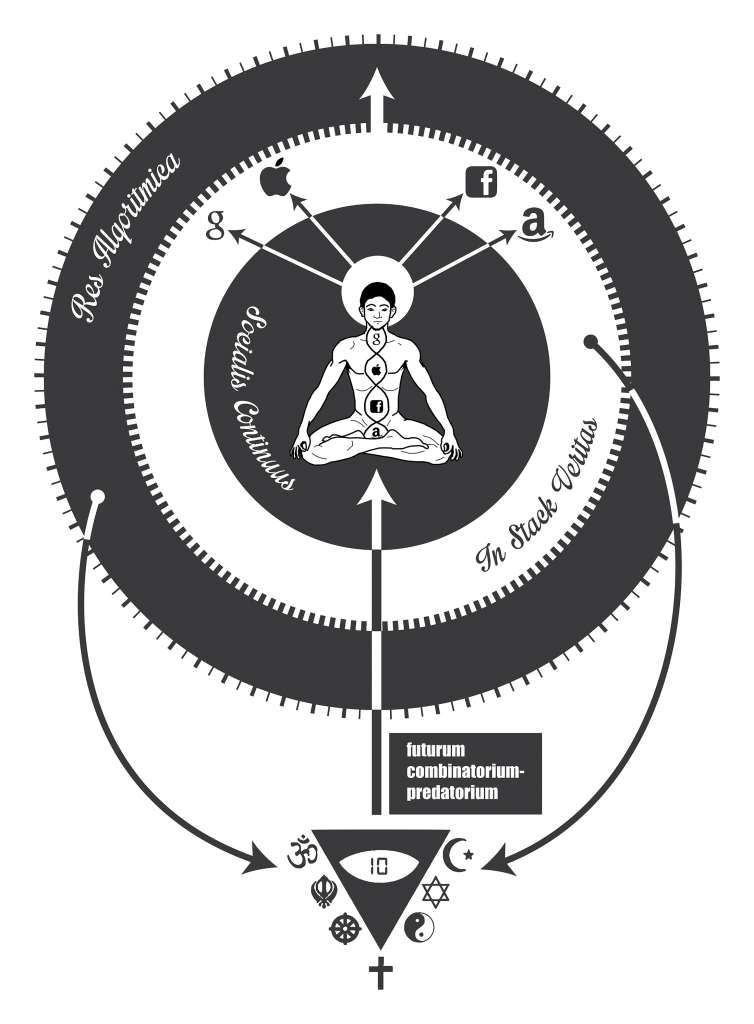 In this image, we see how human beings live in the Socialis Continuus, in which we are ourselves, with our identities, relations, emotions.

We are influenced by Stacks, large corporations which now largely control how we access the Internet, and which also define large parts of the ways in which we relate, are fulfilled, gain access to knowledge, etc.

The Stacks use our actions to understand who we are, creating profiles which represent us, in the Stack Veritas.

Algorithms process our profiles and their relations to create other information about us, a description of reality, in the Res Algoritmica.

Stakhanov grabs all of this and searches for patterns within it, to make predictions, which might influence us.

In our daily lives we are Hacceitas, our selves, with our relations, identities, emotions, actions, thoughts, etc.

In the transition to our digital lives, some of this information is transformed: we become an Imago, a representation of ourselves.

Stakhanov captures the Imago of people, and searches for patterns in them, across time, locations, emotions and activities. When it finds patterns, it organises them into a Forma.

The Forma are used to create predictions, the Prophetia, which we come to know, and influence us. 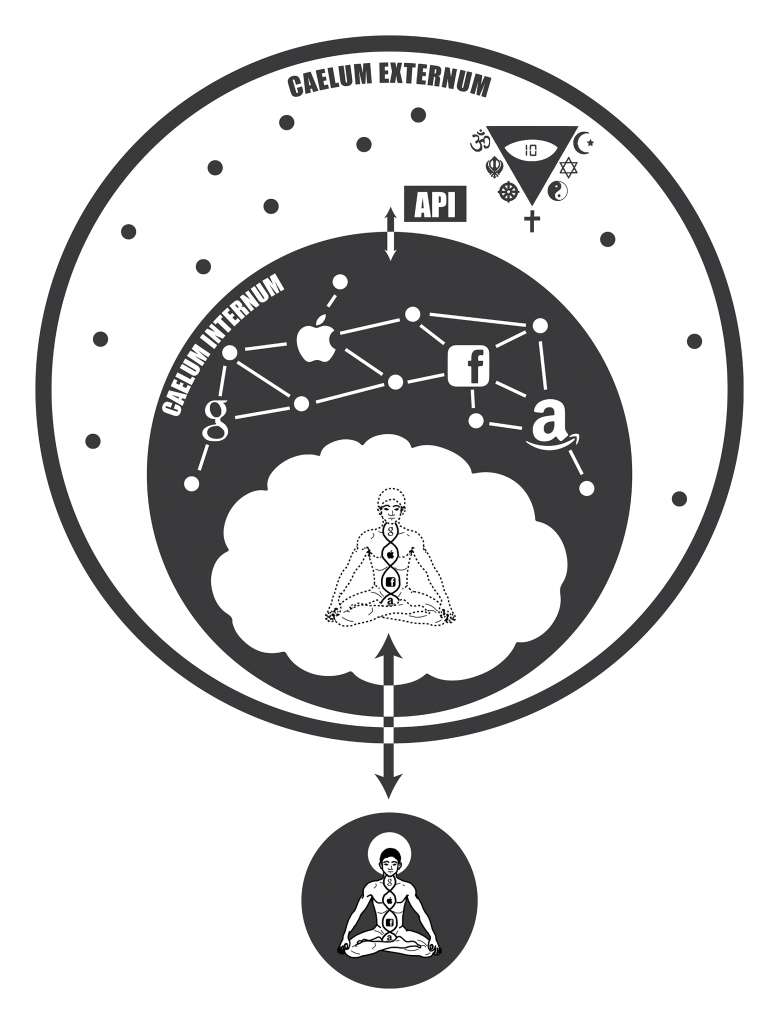 Our Imago is represented in the Cloud, which is only truly accessible by the Stacks and a limited number of other, interrelated, subjects and entities, in the Caelum Internum.

Through the APIs other entities, among which is Stakhanov, are able to access the Imago of people, with many limitations and incompletenesses.

This is the Caelum Externum, in which the Imago is partially available, as the Stacks keep most part of them for themselves. 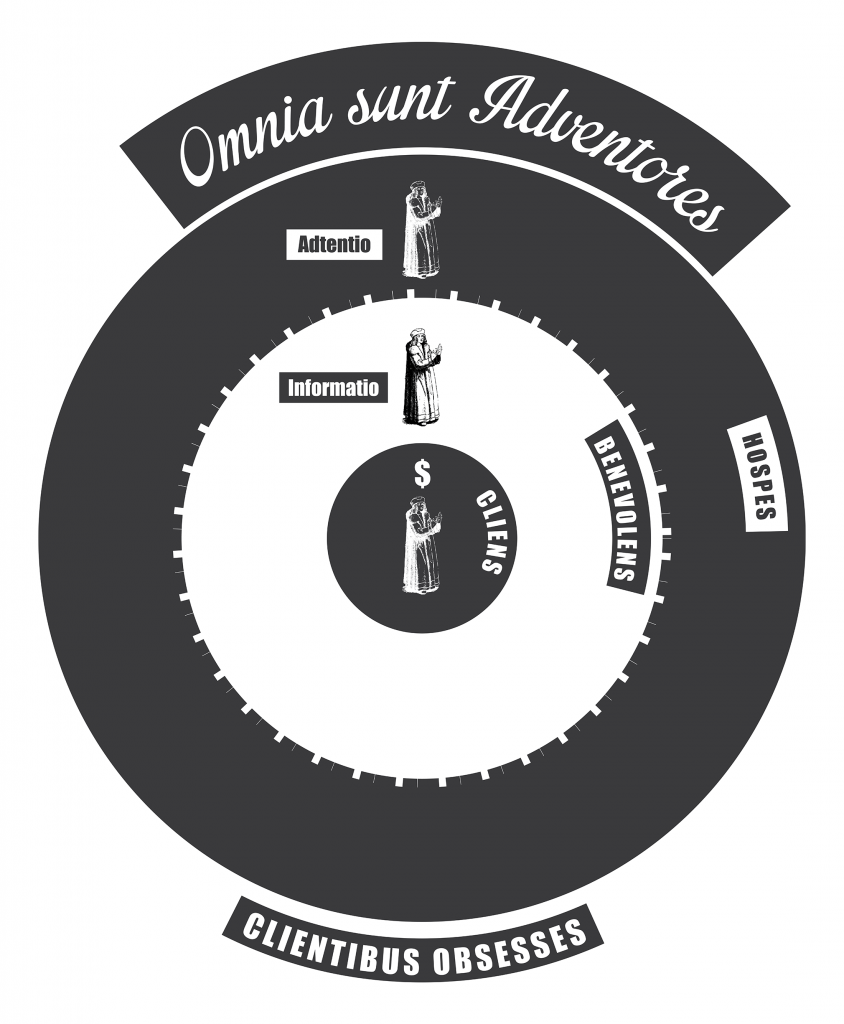 In all of this Omnia Sunt Adventores, “everyone is a customer”.

Every person and entity is a customer for the Stacks, with different levels of engagement.

The Hospes, are the people who dedicate attention (Adtentio). Anyone who, for any reason, dedicates time and attention, is already a customer.

The Benevolens are the ones who share information (Informatio), such as their email, behaviour, actions.

The Stacks are obsessed with Clients (Clientibus Obsesses).

Here are some of the reactions to the Stakhanov exhibit at transmediale: