Art is Open Source and Human Ecosystems at Yale: some events 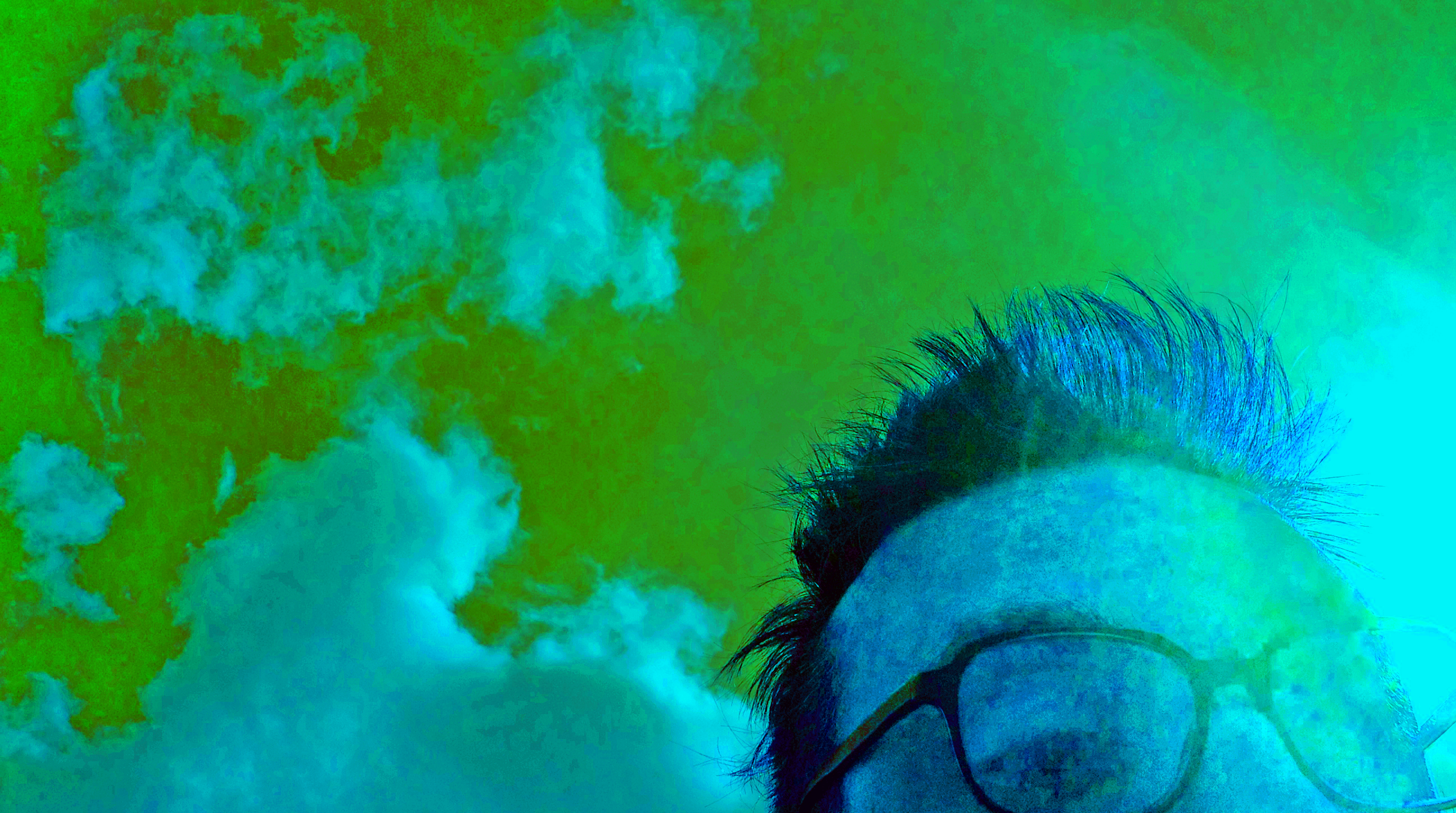 Join us in Yale for a series of events during Salvatore’s Yale World Fellowship: a Master’s Tea at Saybrook College, an Inspired Series talk at the New Haven public library, a talk about Human Ecosystems at the Department of Computer Science. And more to come.

Here are some details for the three events:

The first one: on October 9th, at the New Haven Free Public Library, Ives Branch, 133 Elm Street, from 5pm to 7pm, there will be a session of the Inspired Series: stories of change with the Yale World Fellows. With Biola Alabi, Nandita Das, Salvatore Iaconesi and Parmesh Shahani. 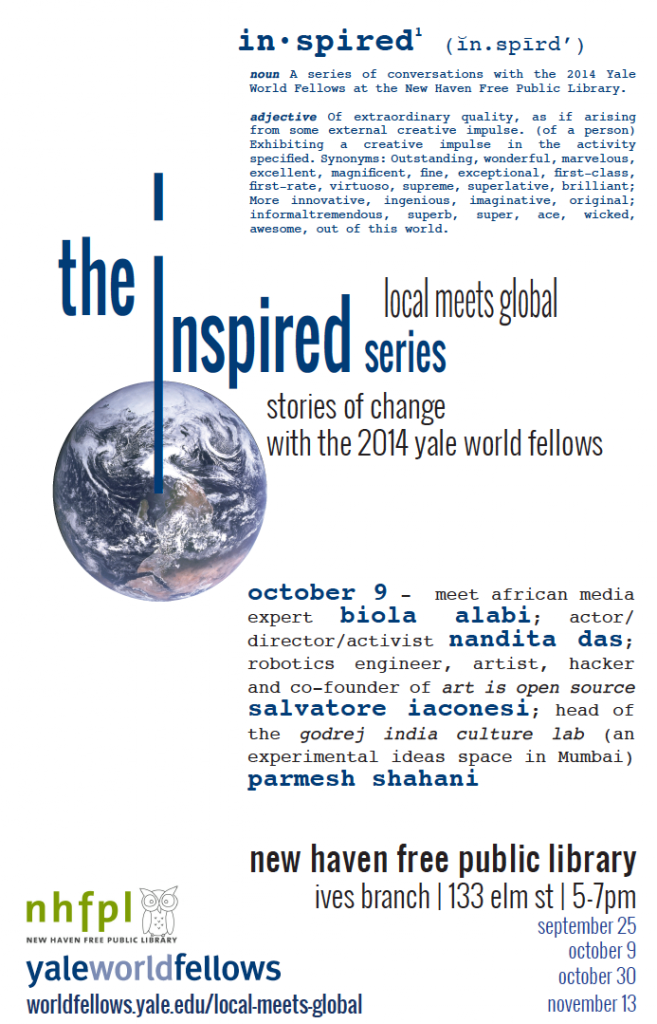 The second one: Salvatore Iaconesi at the Master’s Tea at Saybrook College, at the Master’s House on 90 High Street, New Haven, on October 14th, from 4pm. The Master’s Tea is a wonderful informal event format, focusing on a conversation between the college Master, the guests and students, and is open to everyone, including the community outside of Yale.

The third one: a presentation of the Human Ecosystems project at the Department of Computer Science, on October 16th at 4pm, 51 Prospect Street, AK Watson, Room 200. We will present the Human Ecosystems project, and its first starting steps in New Haven. During the meeting, people will understand what the project is, and how they can join in, by attending one of the workshops which we will be doing in October and November, and participating with a project for the exhibit in December. 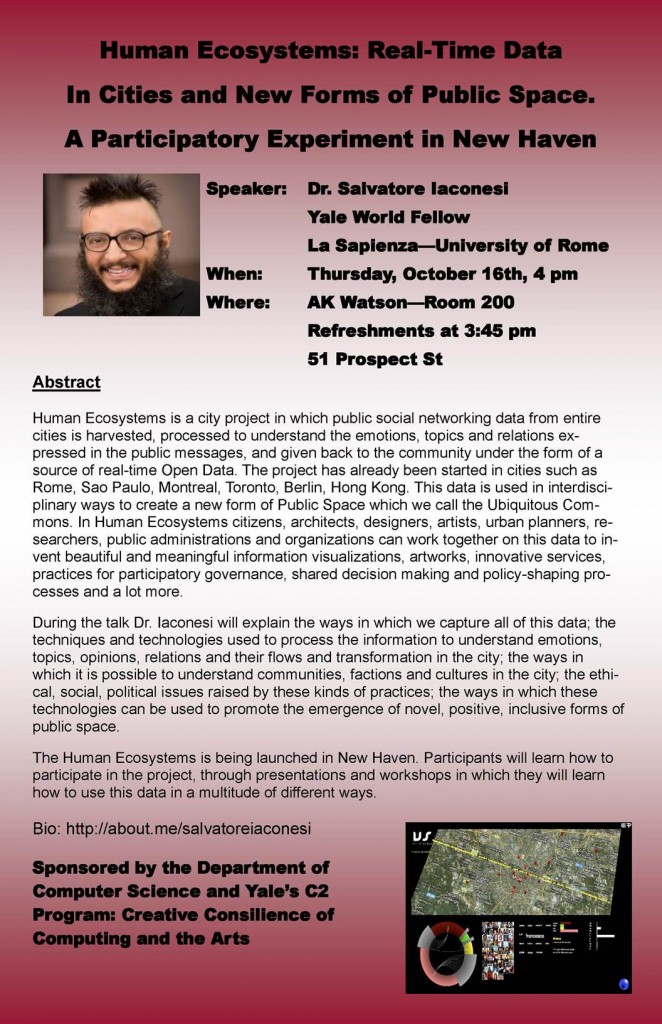