The performance of the Near Future of Education 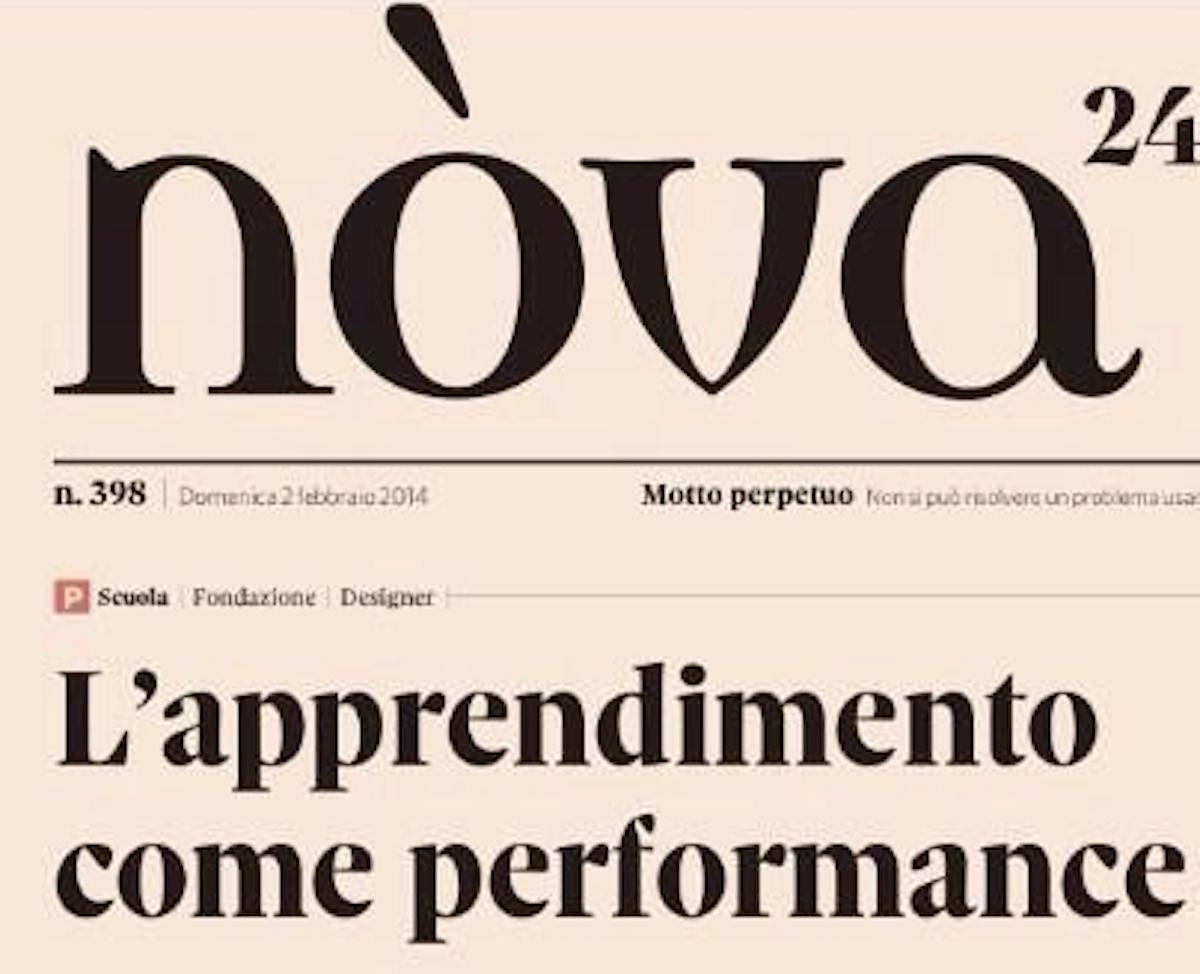 This article was published on the Febrary 2nd edition of Nòva24, on Il Sole24Ore.

Here we give an expanded version of it, without length constraints.

testing out a kinect at ISIA

Crisis and transformation are connected to each other.

This is what is happening at ISIA, Florence’s school of design, where the students are leading a disruptive effort to co-create the future of their own education system.

When faced with semi-bankruptcy originating from the financial cuts, and with the certainty of being thrown out from the buildings in which they reside because of the lack of government funds to pay for the rent, the teachers and students at ISIA Florence started a protest. Flash mobs, social network campaigns and city interventions were enacted to rebel against the probable closure of the school.

Soon enough it was clear that this was only the latest of a never ending series of states of emergency, and that dedicating all this effort towards resolving one problem, would not change anything for the future, that would still be characterised by a sequence of emergencies, one after the other. 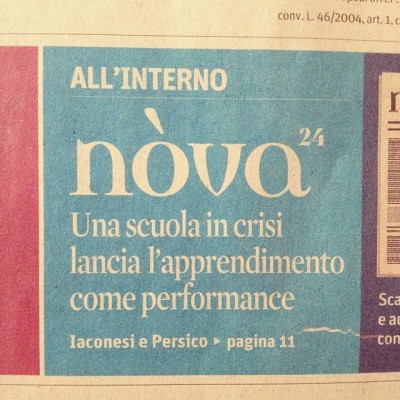 Near Future of Education at ISIA

As an example, it now seems that some financial backup has been obtained to meet the lease of the school’s venue, but even this potentially good news sits in a state of suspension, with no formal agreement and, more important, with no clue whatsoever about the future of the school, which remains fragile and precarious, in an unstable balance until the next emergency comes about.

We have been in a state of continuous emergency for too long.

In a world that is progressively encoded health, education, the environment and relations are increasingly becoming things which you “buy” (in the many ways in which it is possible to “buy” something in the era of digital technologies and social networks) rather than things you “do as a society”.

We have moved from one emergency to the other, without the time and possibility to imagine – and thus to desire and build – a world that is more just, inclusive, open, critical, civic, civil, ethical.

It is maybe more a crisis of the imaginaries and of desire, rather than a financial one. A crisis of thought and critique, and of the desire for both of them, while we struggle in the tight condition of being forced to focus on a continuous present, where the emergency happens.

In this scenario it is almost impossible to think, to learn from history, and to form new imaginaries about the future.

This condition, of course, starts from the education system.

In our case, it starts from ISIA, in Florence.

This wonderful school of design has been home for some of the most prestigious names in Italian industrial and communication design, and has a wide history of excellence and innovative practices. It is a public institute of higher education, in which all those who demonstrate their potential talent for design can gain access to an effective and innovative environment which also feels like a family: everyone knows each other’s name, professors don’t mind spending hours on students’ projects, and both students and professors actively harvest opportunities that can be accessed and shared by the whole school.

This is a peculiar model, and a really interesting one, which escapes from the model which sees design schools progressively becoming the places whose objective is to produce the next wave of chainworkers for the creative industry.

ISIA produces good designers who are able to think and to design, which in Italian is “progetto”, which literally means to “project”, to evaluate possible futures and to choose from them in ways that are aesthetic, functional, social, political, psychological, anthropological, poetic.

In the current scenario, paradoxically, this has become not competitive.

Everything points in this direction: from the financial cuts to public education; to the facilitations for private schools; to the recurring patterns in which private entities interact with schools; to the configuration of students’ curricula.

We find ourselves in a peculiar situation of synchronicity: the continuous emergency produces students who are not ready to deal with it, because they are cognitive chainworkers. They don’t know history, they have underdeveloped critical skills, and they don’t develop the capacity to “project” in critical ways. They are stuck into the continuous present, in the emergency (of finding a job, of creating a startup that will most likely fail in a few months, and so on).

It is the crisis preserving itself, through emergency.

In all this, roles are also quite encoded. Students protest. Education institutes beg for hearings and money. Governments give out uncertain streams of unstable pocket money. Private entities colonize, to produce chainworkers or startuppers.

In ISIA a decision was taken.

Starting from the Near Future Design course, and quickly spreading to the whole school, we decided to reinvent our reality with the most our powerful tool: the Design. We started building the Near Future Design of Education, to push a bit further people’s perception of what is possible, and using this shift to enact a performance, in which the design actually comes to life.

We have identified 11 axes onto which to imagine the transformation of the education system.

This action is about desire, imaginaries, access, language and, accordingly, about our possibility to perceive, think and, thus, construct.

To acquire a new language – a new tool – with which to think about the world, and to create it.

As in every performance, it is the audience who does the large part of the job. In performances, “passive” audiences do not exist. “Believing” in the performance – in that which happens – is an active, emergent operation: it deals with recognising a new language and, thus, a new possible “world”. It deals with assuming a new sensibility, which includes a new perception of the world, in which the performance is possible.

It deals with desiring that the performance be true. And, thus, with making it true, participating to the adoption of a new language.

This, in other words, is what Designers do. They build worlds. In which a certain “thing” (a chair, a service, an education system…) is not there in the beginning, but then materializes, thanks to the Design.

Good designers know that learning to become a vehicle for the points of view of historians, anthropologists, engineers, economists, sociologists, psychologists, researchers and people is of fundamental importance. Uniting all of these points of view to understand, first of all, which are the important questions to be asked.

Every designer knows that when “clients” ask for something, they really don’t know what they’re asking for. They have ideas. But single ideas are not such a big deal.

If, from an idea, we are able to derive well-placed questions and a process which is open to multiple points of view which are technical, social, political and poetical: there, here is a great thing to achieve. It is there that great projects start: from permeability, and from the possibility for participation.

They are not the product of the imaginaries of a few people, but, rather, the offspring of the possibility for expression of multiple perspectives, in a state of suspension, in which the Design (the “possible”) is not yet known. What it is known is that it is possible to participate to its definition.

The Design is a participatory, relational, performance, in which the world is created. The “Near Future” of the world.

The students are now in a constituent phase, in which they will unite into a Foundation – or other form of legal organization –, organized using Holacratic models. This new organism will enact the design, by changing the rules of the game. Stepping away from protest mode, and moving into the making mode by changing roles: from subjects begging their rulers to receive hearings and a few coins to survive, to partners, co-creators of the future of the education system.

From the point of view of the course, the story will have a peculiar twist. At the end of each academic year it is common practice for the students to produce a publication featuring their Near Future Designs and the methodologies and techniques used to conceive and implement them.

This year’s publication will assume a very distinctive form: a series of European projects – which will be actually presented – and an open toolkit (made from software, tools, information and opportunities for interaction and interconnection), to make the process replicable and scalable.

The story has just begun, and you will be able to follow and take active part in it on the physical and digital pages of Nòva24, on Il Sole24Ore, and on the many forms of presence which this wonderful group of students will be maintaining on social networks and in cities.

The future does not exist: it is a performance, which we enact with every single one of our decisions.

And, thus: let the Performance, and the Design, begin. You are all welcome.

Starting from the next few days on Nòva and right now on this Facebook Group: