The future of academic discussions, on Limina 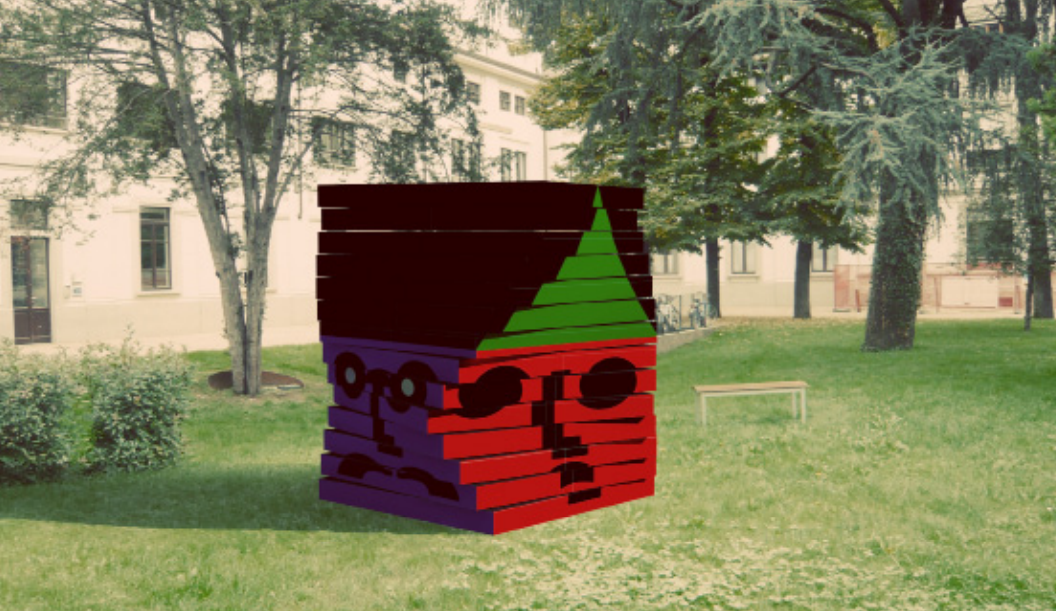 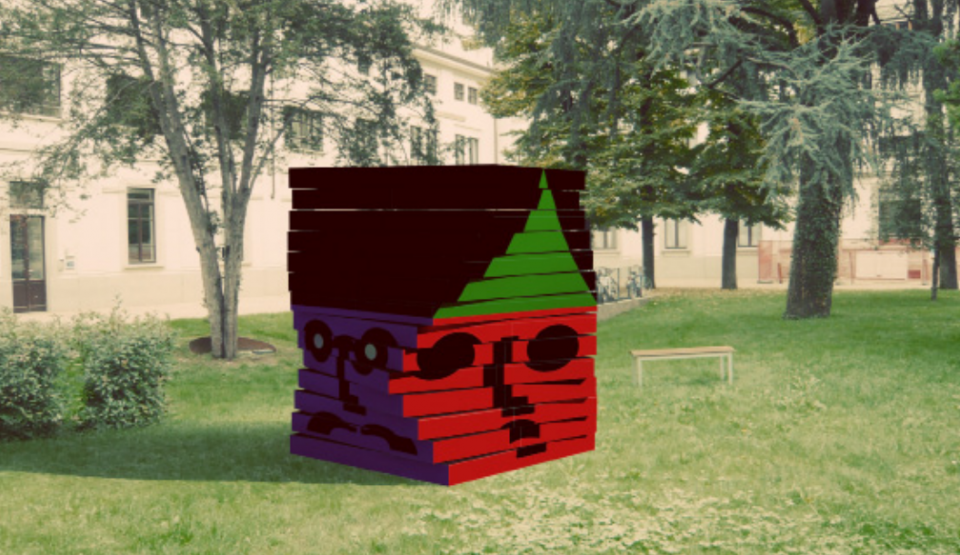 Our article “Utopian Architectures and the Dictatorship  of the Imaginary. A Selection of Topics in Favor of Holistic Education Paths, and the Role  of the Fish Eye in the Observation of Reality” (by Salvatore Iaconesi and Stefano Bonifazi) has just been published on the n.2 Issue of Limina (on page 183), by Planetary Collegium’s M-Node.

It is a peculiar article, as it uses a novel form of system which has been designed and proposed to suggest new forms of publishing which can be used to structure academic discussions, including their outputs in terms of papers and articles.

“Classical” scientific publications are created by crystallizing the results of the research of one or more academics/scientists/researchers at one specific moment in time, also loosing the information about the dynamics according to which these results have been produced, their connection to the evolution of the research process, the relations and interactions occurred between among all parties engaged, and their unfolding through time and relational space, including the possibility to represent  the network of contributions (be them practical, relational, theoretical, operational, thematic…) which have brought to the scenario described in the “paper”.

The “paper” or article is, basically, a narrative, structured along the lines defined by good academic and scientific practices, which looses all dynamic information about the research process being described in it, also making it very difficult to connect to its further development.

To produce the paper we have used a system called Knowners, an Open Source WordPress Plugin which allows you to represent the network of relations running among the content produced by multiple authors operating onto the same publishing space (implemented through a website running the WordPress CMS).

While adding the various parts of the research to the system, a network formed, which can be seen in the home page of the site. 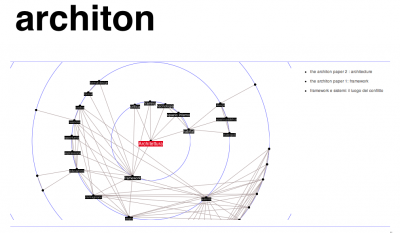 The various elements of the network are  calculated in real-time by a keyword based and natural language based algorithm which analyzes the content added to the platform, and uses the themes and tags used in the various information bits (parts of article, texts, data and meta-data added to the system under the form of posts and multimedia elements) to describe the relations running among all elements, their authors (which can be more than one, under the form of multiple WordPress users, or under the forms of commenters).

Each element of the visualizations is interactive, allowing users to decide the focus of their navigation, and to easily traverse the topics and relationship networks defined through the research.

So, as the research process unfolds, its content network unfolds as well, preserving the time-scheme (under the form of the time-data generated when creating the content elements) and the relational-network running between the authors and other forms of contributors (e.g.: commenters) taking part in the research under various roles, and also running between the various contents, allowing to highlight:

The system also allows to keep track of the future development of the research: by simply including a QRCode and a link to the graphic layout of the paper, readers can connect directly to the online system and, thus, see its updated status, in real-time, and also eventually contribute to it, making all this wealth of information not only immediately accessible, but also interactive and participatory.

The scientific article becomes alive: a relational network which evolves in time and to which anyone can participate.

Imagine two teams of researchers working on the similar issues, maybe from a different point of view.

Imagine they work using this kind of system to produce the content and the outputs of the research.

Since the two teams share some of the same issues, some of their content, keywords and themes will match, with the resulting relations-network reflecting the differences of their approaches, methodologies and results.

We’re developing the function which will allow to interconnect two or more of these Knowners systems so that different researches could be visualized onto the same graph.

This would bring an incredible result: the possibility to being able to immediately and visually compare researches operating on related themes, and to visually understand and interact with their interrelations, dependencies and mutual interactions.

Also: the fact that all this is working on standard, open, consolidated protocols (such as the ones used by web systems such as WordPress, including RSS, pingback, XML-RPC, atom, etc) opens the doors to incredible possibilities, such as the one (which we are developing) in which as soon as someone produces scientific content about a theme which is relevant and interrelated to your research, your visualized graph would transform to reflect this, showing, actually, who is working on your same themes, and how, and how it is related/different/complementary/divergent from your work.