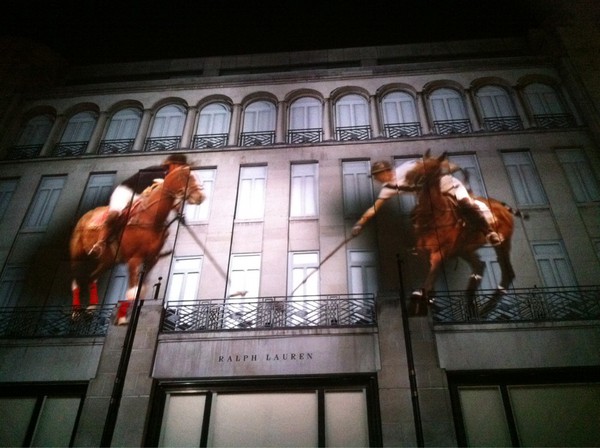 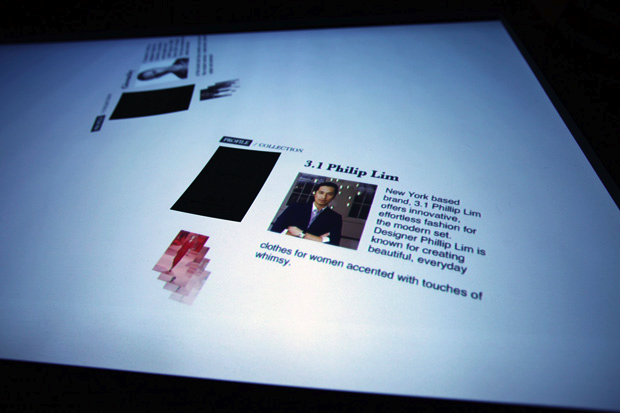 In this lesson we analyzed a series of initiatives which used ubiquitous technologies and a structured approach to interaction on social networks to design innovative scenarios for large-scale events of international relevancy.

The cases shown during the lesson have been selected because of the effectiveness of their design, which achieved the result of both enhancing the experience of the event through novel forms of awareness and interaction, and also to leverage in specific, significative ways the opportunities offered by these technologies.

At SXSW 2011 Chevrolette designed a complete presence using a series of strategies which allowed them to enact a powerful brand awareness campaign by integrating physical and digital events in really natural ways.

A completely different approach was used by Joyce, the exclusive fashion brand, to celebrate their 40th anniversary.

The wish to create an extraordinary experience allowed Joyce to integrate multiple technologies in the event, providing natural interaction techniques such as the following one (see Reactivision for concept on how this works) or projection mapping, turning entire architectures into spectacular screens:

Through Artvertiser we analyzed the possibility to create augmented vision practices to transform the perception of spaces.

Through the Zugara augmented shopping experience we analyzed how it is possible to take existing practices, such as trying on clothes while shopping, and substantially reinvent them, using novel forms of digital interaction applied to obtain natural forms of interaction.

We then expanded the concept by analyzing the strategies behind the realization of Prada’s concept stores.

We then investigated on novel uses of technologies which allow to interact directly with people’s bodies. One example was Daito Manabe‘s faces transformation software, allowing you to “wear” the faces of famous people.

Coca Cola Village example was used to analyze how Near Field Communication and social networks could be used to both create exciting experiences in events and to also create powerful communication strategies that can produce and spread novel forms of communication. At the village, guests were given RFID bracelets which they could use when attending the various environments, such as pools, playgrounds and events. Each bracelet was associated with the guest’s Facebook account. By simply passing their arm near a sign depicting the famous Thumb Up of Facebook’s “I Like” action, guests would publish onto the social network that they were having fun performing that specific activity.

Then a scenario about a Scavenger Hunt created by Sony for the presentation of their Vaio products was analyzed to understand the use of QRCodes and location based technologies to create participatory events in which the interactions would take place in the space of the city.

The Netherland Film Festival used Augmented Reality to create a narrative experience that visitors could access while moving from one venue to the other. Disseminated bits of a story were accessible using augmented reality by pointing a smartphone to passer-by’s, to see callout balloons pop up over their heads, transforming them into unexpected actors of an AR movie.

The Tourist in Dallas and Ralf Lauren’s 4D experience

Then a series of examples of projection mapping techniques was shown to explain how to transform entire architectural surfaces into screens, to visualize both engaging sensorial experiences or to experiment in the visualization of realtime data.

Here below are the slides using during the lesson: