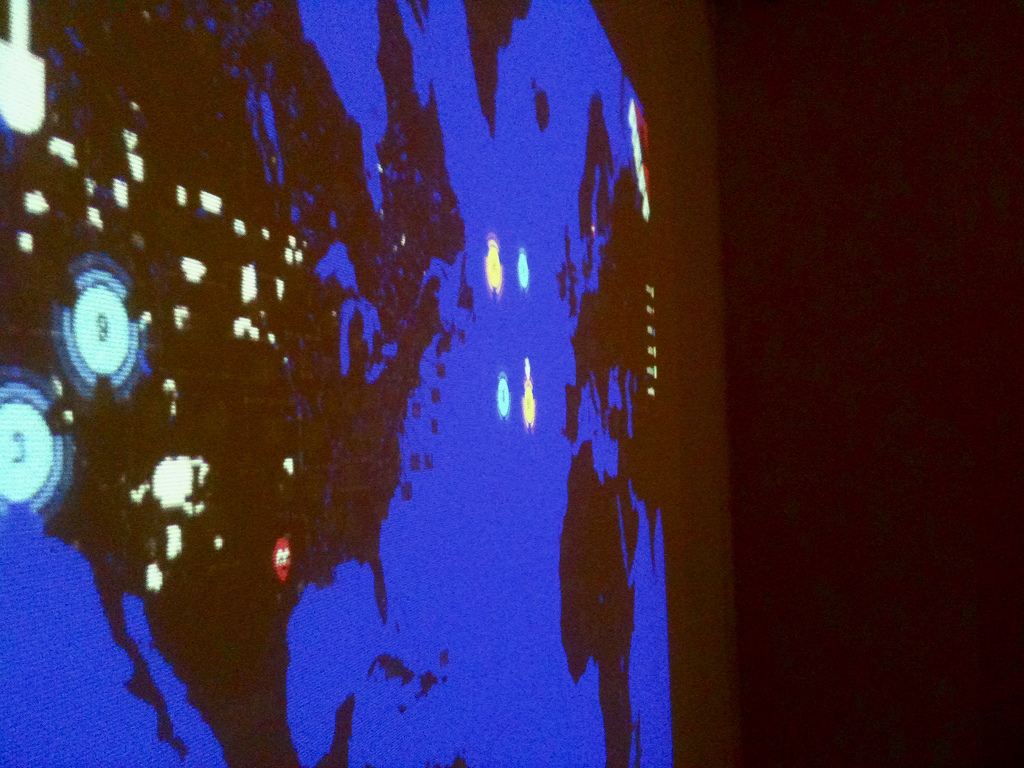 FakePress Publishing and REFF at MFRU in Maribor

From November 11th to November 26th 2011 FakePress Publishing and REFF RomaEuropa FakeFactory will be in Maribor, Slovenija, for the 17th edition of the MFRU festival (Mednarodni Festival Racunalniskih Umetnosti).

At the festival we will present REFF, RomaEuropa FakeFactory, our innovative cultural institution using the ideas of reinventing the reality as an opportunity to create innovative practices and policies for digital cultures. At MFRU we will create an installation through which you will be able to experience the realtime planetary activities of our institution.

We will also perform a workshop in which we will show people how to use open and free technologies to turn the world into an immense, ubiquitous wiki: we will use free/libre Augmented Reality platforms to create new radical forms of autonomous ubiquitous expressions which can be used for activism, art, science, design, architecture. The same we used to create our REFF book.

Some info about MFRU Festival, directly translated from the festival homepage:

“MFRU (organized by MKC Maribor in Zavoda uho; oko: Maribor) has a rich tradition in Slovenia, because it is one of the central institutions of computer art, with its constant activity is responsible for its recognition and development.

Upon its establishment in 1994 was among the first in this part of the first and only one in Slovenia. Since its inception in Slovenia and the wider region pioneering work in presenting the theory and practice of computer arts and new media, making an important contribution to their promotion and implementation, while establishing a fundamental creative core – in terms of inter-media productions of new works – in this area . MFRU thus fills an important niche cultural program, which ranks among the Maribor Festival competitive European city.

According to the current program director, Mark Zornik, by issuing a transparent creation of an online catalog and archive break occurred when we can talk about the festival of computer art before and after. The festival is entering a new period of reorganized organizational structure of the software and the festival, which is expanding and becoming more complex, followed by the vision of further enlargement. Festival Individual units followed these annual festival. This is the year 2011 read Transmedialno storytelling .

“Transmedialno storytelling indicates a very diverse practice combinations of message passing through more than one medium. Within this area, which today is actually a matter of course, I was interested in practices that infringe copyright in it, expressive and innovative research “(Donald Železnikar).

Transmedialno storytelling method indicates storytelling through various media platforms and formats. It is a phenomenon that is also part of the mass entertainment industry (eg reality shows with a TV and web-based platform, online games, mobile and natural ingredients), but embedded in the expression and the research field. In the field we are witnessing a political protests, which are inherent in the use of social networks. Broader context shows that the constant flow of information media in the media, the boundary between users and authors are increasingly blurs.

Festival selection transmedijske narration will focus on the conscious use of multiple media and multiple platform operations, with emphasis on critical, reflective and creative Oz. innovative achievement that thematize questions of the present moment, both directly and through specific poetics and approaches. Thus, within the traditional, analog and digital, mobile media – and their combinations. We are interested in creative, author surpluses positioned outside instrumentalized use of the current ideological and political or commercial purposes.

Not to ignore this part of the creativity, but rather than exposing it to – as it already exists, at least in part, dedicated to the platform – we want to establish a reference point of critical discourse that allows reflection on the quality and importance of today are increasingly present transmedialnosti concept, but remains largely unreflected. Reflection is very important areas, among others, also with a broader educational perspective and from the standpoint of self-awareness and understanding of the media environment of the whole society.

MFRU also informs and educates audiences about contemporary intermedia art, nourishes the cultural consciousness of the general public and young people, through events and performative intervention in public space, connecting the region, explores the art computer, document and archive it.

MFRU work by local artists to festivals, exhibitions, installations or representations abroad (Gamerz, Dispatch, Ars eletronic, Enter …) conducts Internet transmissions of live events (produced by the Institute ear, eye:) and establishes a city platform to support the organization and intermedia art production facilities.
This is primarily for areas that do not fall into the mainstream, this is an established or set of “high culture” or the commercial or. profit-oriented pop-culture. One of the basic vision of the festival is the networking of related cultural institutions in Maribor and the wider region. Through these partnerships is to build individual projects, deepen and increase their accessibility, they are also more effective and widely informed.

Promotion of individual efforts and commitment can go through the common channels of communication – and awareness – to a greater extent, addresses the interested public. In the present partnership recognizes the potential of linking all the more cultural actors who strive for similar goals and create the field of contemporary conceptual and critical art, this is art that is in the mind of the general public wakes up and you only paves the way for his own and other artistic expressions. In this informal network is currently connected MFRU and beyond MKC Maribor, Cultural Incubator, Institute ear, eye: Maribor, Institute Udarnik, Foundation son: DA, KIT Kibla Today, beginners, UGM, etc., In the future we will be more partners.