Angel_F at Transmediale Festival in Berlin 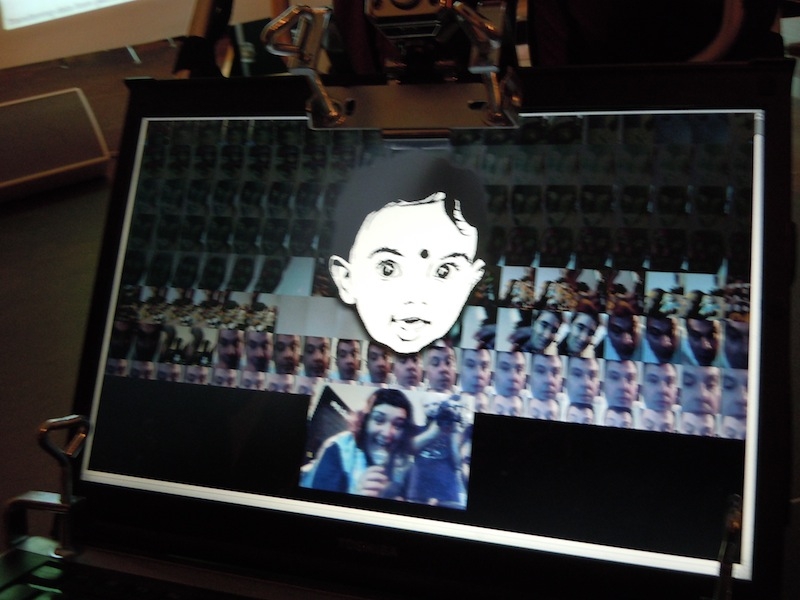 When we were at Transmediale, Angel_F and its dad, Derrick de Kerckhove, introduced the Opening Ceremony of the Transmediale Festival with a lovely dialogue.

While at the festival, Angel_F went around on its baby pram playing a little joke on people: the webcam mounted on its monitor constantly used computer vision techniques to capture the faces of everyone who happen to play with the kid for a bit. 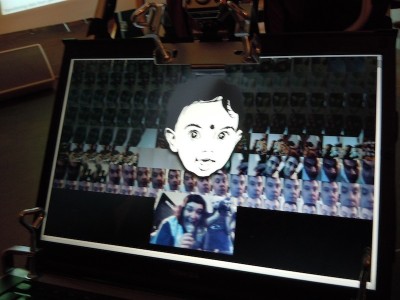 All captured faces were then used on a face recognition algorithm to actively search for the people Angel_F had met in Berlin. Whenever that happened, the delighted digital kid sent them a message like “Hello! We’ve met in Berlin, would you like to be my friend?”.

Scary and invasive as it might sound, people were more than delighted to offer their friendship to the digital kid and around 20% of the captured faces were identified on Facebook alone.

This has also proved to be a wonderful opportunity to, once again, explore how digital networks and technologies are deeply affecting our ideas of public and private spaces, of privacy and of intellectual property. People reached in this terribly invasive way were more than eager to thoroughly discuss these themes.

During the event Jodi Rose was so nice to host an instance of her Tea parties at Transmediale’s OpenZone.

Here below some reports of it all! :)

Angel F with parents Salvatore Iaconesi and Oriana Persico from ArtistTalk on Vimeo.