An augmented reality drug at the Casoria Contemporary Arts Museum 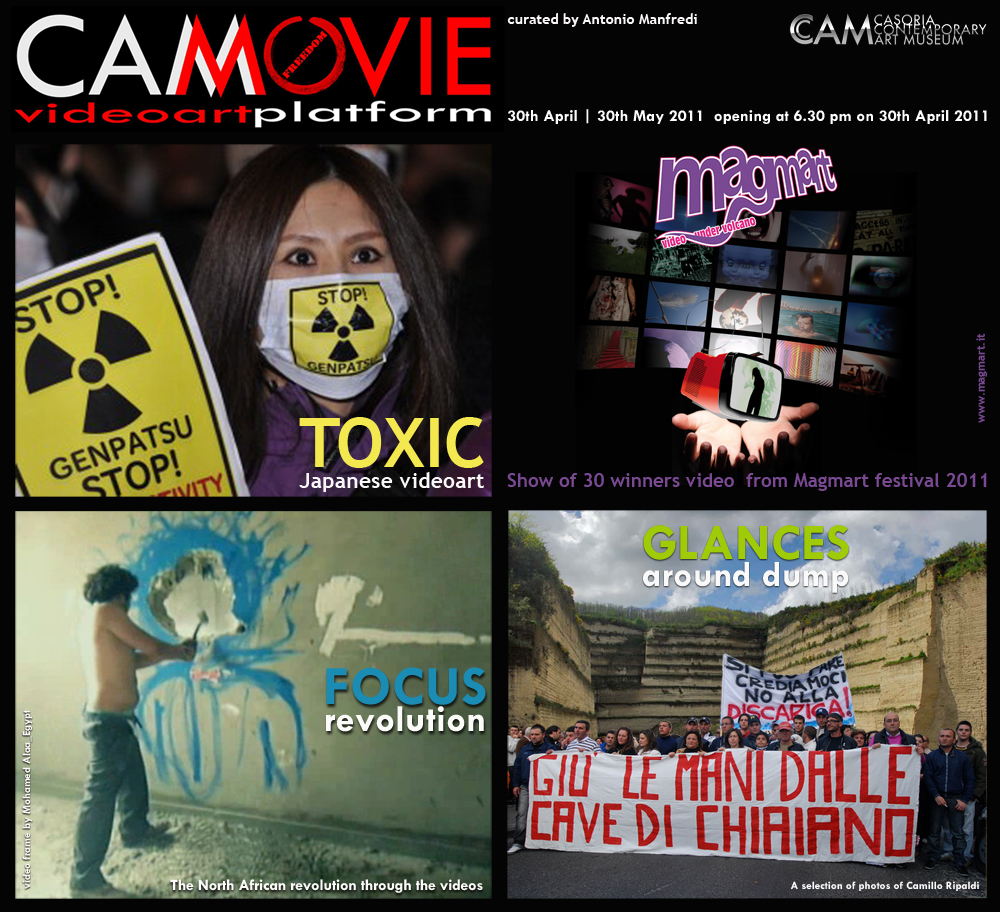 Art is Open Source at the Casoria Contemporary Arts Museum will present the augmented reality drug and will introduce the fake cultural institution REFF, and introduce its next steps towards the reinvention of reality 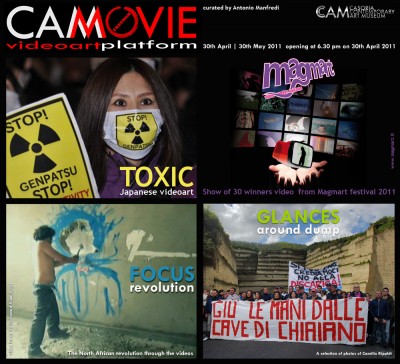 here is the Press Release:

CAM, the contemporary arts museum at Casoria, continues its activities with important event dedicated to research and experimentation, presenting CAMMOVIE_Videoart Platform, curated by Antonio Manfredi, starting on April 30th 2011, from 18.30, up to May 30th.

The event is at its second edition and it is a true multimedia container, for videoart coming from all over the world, offering the opportunity to confront the sea of information featured in the virtual worlds by using digital tools.

CAM supports an innovative idea art as a form of information, and the section FOCUS REVOLUTION follows the trail of the latest political events showing videos by egyptian artist Mohamed Alaa and the visual documentation of the Egyptian uprising that caused the fall of the regime and the rise of the revolutionary movements, whose wind of self-determination is shaking and turning upside down the scenarios of North African dictatorships.

Sandro Joyeux‘s voice will form a soundtrack for the event, using african songs and musicalities.

Joy and color bringing back to the roots of a population that is now fighting and claiming their fundamental rights.

The TOXIC section is an open door onto the world of oriental video art and on its enormous production, fetching content from the Internet and bringing together with the images of Japan’s nuclear disaster.

The vision of the poetics of artists are placed side by side with the despair of a population: videos of japanese artists are used as a visual translation of human ambivalence, able of spiritual heights and simultaneous superficiality and civil inconscience.

During the opening night, the electronic sounds of Avant-Garde will form an ensemble with the images. Music will follow the forms on the screens, reaching an oniric, dreamlike state.

CAMMOVIE will then move forward and shift from international themes to the local issues with the GLANCES_AROUND DUMP, assessing the problems of the green spaces of the Metropolitan Parc of Naples’ hills. While conserving nature and being a florid area and providing a powerful green lung for the city, this area has been chosen as the site in which the waste dump of Chiaiano will be built. The sequence of images of the high tuff walls of its cave, where the main dump will be built, caught in the photos by Camillo Ripaldi, will enlighten the representation of the location and will comment in a positive ways the scenarios of death odors which the population will be facing, almost as a joyful last farewell to a naturally enchanted place.

Furthermore, the CAMMOVIE format, created by CAM, will take the chance to express its deep interest in the new languages of virtuality through the performance of REFF, the Fake Institution which, with performers Oriana Persico and Salvatore Iaconesi, will show the new possibilities of Augmented Reality.

Through the ironic and provocative distribution of an augmented reality drug, REFF uses QRCodes and Augmented Reality Fiducial Markers to catch the trend according to which internet is leaving the dimensions of virtuality, moving out of an intangible world to enter the physical one. Interactivity and discovery are at the base of the artistic action presented at the Casoria Museum, proposing innovative languages and art narratives that are yet undisclosed.