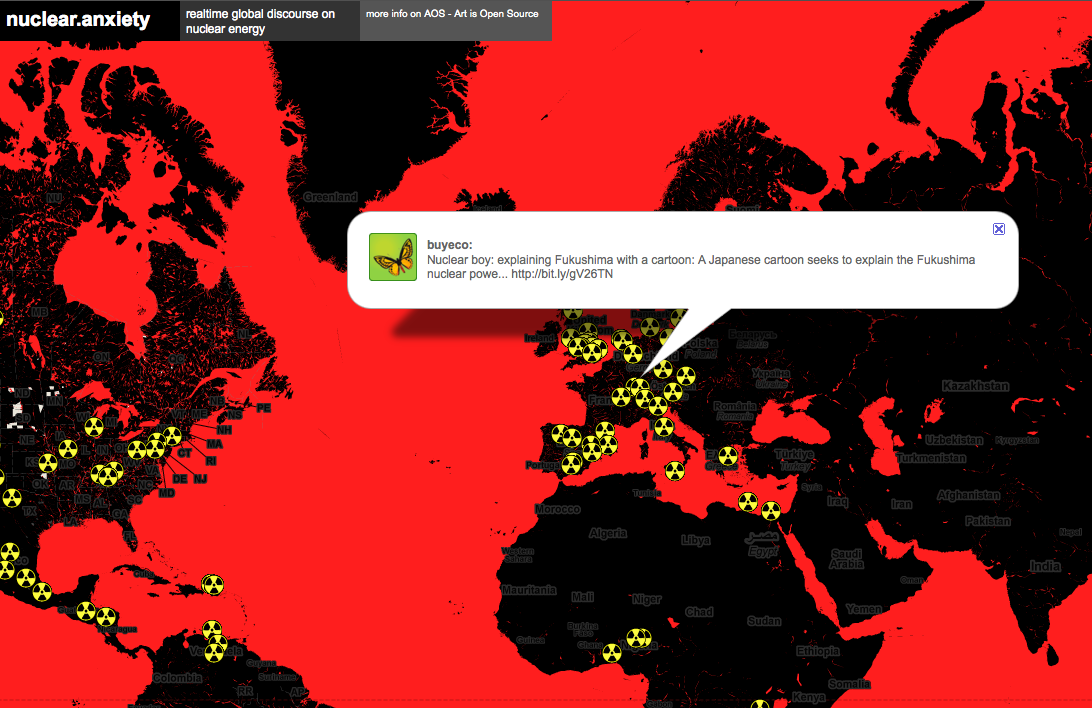 These are really complex days. The earth itself seems to be revolting. Together with its people: Tunisia, Egypt, Libya, Syria.

Chernobyl nuclear disaster is still in our minds and in the continuous stream of information coming from the media that anyone who lived during those times remembers quite well: the contradicting information about nuclear energy, what was contaminated with radiation, what wasn’t, what you could eat and what you should have avoided.

And, in the background of both events, as a continuous barely hearable noise, the scenario of this enormous topic for discussion: the energetic future of the world, between oil, nuclear power and new, renewable forms of energy.

This is something that is often discussed in terms of “future”, but it is a future that has already arrived.

The other day we had been discussing about these issues with penelope.di.pixel, and we realized that we didn’t have any answer, and that in that moment all that prevailed was a sustained sense of anxiety. Something that movies, net mythologies, urban legends and all sorts of conspiracy theories have infiltrated in our minds as something believable even if we don’t believe in it.

And penelope wrote this article on ArtsBlog.it about this state of Nuclear Anxiety.

While doing other things, today we created this visualization, called “Nuclear Anxiety”

It is a simple twitter based visualization: while you look at it, it fetches the most recent tweets speaking about “nuclear” in several languages, adds them to a database and plots them on a map using icons.