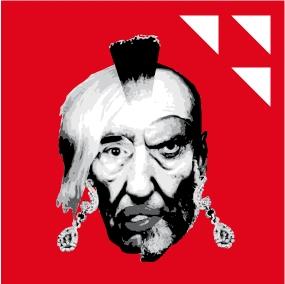 A book is coming out in Italy (and an international version is following soon, before the end of the year) together with the next step in our action in favor of better innovation policies andpractices for arts and culture.

During these days Italy is living strange times, with a government that is something that could easily be called a “soft dictatorship”and an extensive crisis scenario across culture, imaginaries and perspectives.

This, in particular, is a peculiar day for Italy, as the governmental crisis began just a few hours ago. And it is indeed a very strange crisis, as the in-crisis government actually has loads of power (it managed to have the crisis postponed by 14 days, to be able to create a few more laws:) ), and the possible alternatives do not really offer any real difference to the currently running models.

This is a media dictatorship, as its power is based on 20+ years of television and on the social changes it induced in the population.

This difficult scenario is what induced us in the first place when we created REFF, RomaEuropa FakeFactory.

A quick-quick history: in 2008 a big italian culture/arts institution created an international competition that was really terrible in terms of the supported cultural policies, of artists’ rights and of intellectual property issues. We, a group of artists and activists together with 80+ partners all over the world , created REFF, a fake institution and a competition just like the “original” one, only supporting open, innovative practices and policies.

The impact was so strong that REFF was invited at the Cultural Commission of the Italian Senate.

The original institution (theFondazione RomaEuropa) was forced to change its policies and to transform its practices, becoming just like REFF :)

The action continued, as the original Fondazione became the focus of several large operators’ assault on the digital imaginaries of people to create what they openly call the Digital Class.

This process saw the biggest italian telco operator (Telecom Italia) invading practically every space in digital arts, leading to a scenario in which even the absurd “Internet for Peace” campaign was possible: a telco operator was becoming a major political force in all the issues related to networks, digital innovation, intellectual property and publishing, obtaining the support of more that 70 representatives in both the Parlament and the Senate.

We leveraged REFF, our shadow institution, and uncovered many of these opaque processes. Last one of which is the assault on digital publishing industries: the market of ebooks and ebook readers is the latest area of assault on italy’s digital cultures scenario and on the practices of free expression and self-determination.

This is why together with FakePress wecreated this book.Together with the book a software platform will be released (GPL2 license) allowing people to freely create ebooks, and enhanced books featuring augmented reality, wide tagging, and fruibility across several devices.

The platform has been recently presented at Artissima with the help of the Piemonte Share Festival as an opportunity for publishing and expression practices for the arts and culture.

Multiple events will follow in the next days and months.