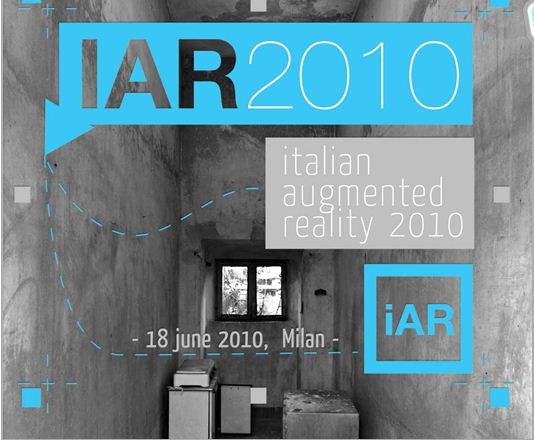 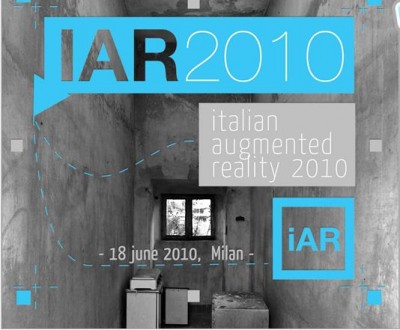 Art is Open Source and FakePress participated to IAR2010, the first italian event totally dedicated to the themes of Augmented Reality, organized by the folks at JoinPad at the Milan headquarters of the Hub. 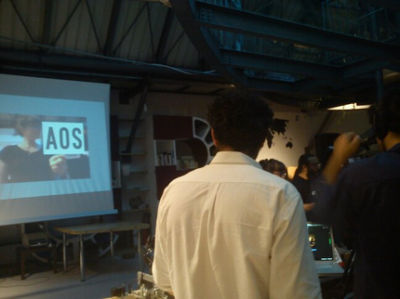 The event was truly interesting as it covered a wide range of themes and approaches. I must say that I am quite interested in the efforts that marketing is putting on Augmented Reality (AR). It reminds me a lot of the hype that had developed a couple of years ago on proximity marketing and bluetooth.

While the idea of being able to interact with “users” according to their position and to the possibility of delivering contextualized, relevant content just-in-place and just-in-time is quite fascinating and attractive, lots of issues arised in practical applications of proximity marketing: the availability and compatibility of devices, user habits, usability, accessibility, the quality of content to be delivered, invasiveness, responsiveness, interactivity. 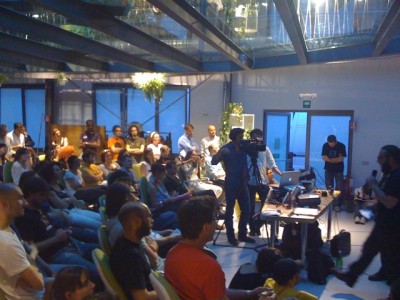 the crowd at the HUB Milan

With AR we have gone way beyond those problems, but something’s still missing and, on the other side, people haven’t yet figured out exactly what they want from AR, and how they want it.

Good things first: IAR2010 has been a wonderful experience. Before and during the setup and at the afterparty we had the chance to chat with some really wonderful and creative people who are developing ideas and projects that have AR components in perspectives that encompass wide range of interests and matters. 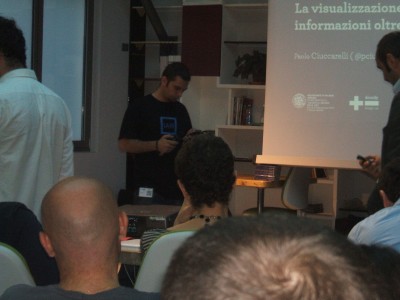 Using the presentations as a reference, the first that comes up to mind is Simone Cortesi of OpenStreetMap. With OSM a radical approach is being persued, focused on the creation of a stack of tools collaboratively building a software and content platform and, on the content side, to truly implement a distributed operative environmet which enables for a real stratification of information on the “real” world. Projects such as OSM are truly interesting in that they actually enable people to do something that people are doing since the dawn of times: add meaning and information to the world around them. OSM allows you doing it on a global scale by providing the geographic foundation and by allowing you to freely build on it.

This is a focal point, and it’s the main reason behind me not being *very* excited about the marketing aspects of AR.

With AR we are dealing with a possible paradigm shift: the possibility to making digital, multimedia information accessible directly from the analog physical world.

This is a breathtaking possibility that has been matched, recently, only by the researches on digital and generative fabrication. While this latter model describes a complete reinvention of manufacturing processes (post-post-industry: you bring manufacturing plants at home, you work on opensourced models that you can use/modify and 3d-print) rethinking from the base the ideas of patents, distribution, storage, sustainability, ecology, AR completely (potentially) reinvents the idea of communication, bringing the power of creating information, meaning, symbols, codes and interactions directly to the people, directly in the places/times they walk, live, work, have fun.

This possibility potentially confronts the current hyerarchies and models of communication and information, further enhancing the ones that are currently available through the internet. AR potentially brings the possibility to generate, disseminate and distribute content and information to the people in the physical world, far from their monitors, far from “I Like” buttons and “tweet this” badges.

This is why we named ur contribution to IAR2010 Critical AR Ensemble.

Critical Art Ensemble was a group creating “molecular interventions and semiotic shocks that collectively could diminish the rising intensity of authoritarian culture”. Their work on media and experimentations on the borders and frontiers of technology, biotechnology and extreme practices is something that we feel  very significative in contemporary times.

We borrowed their name, turining it into Critical AR Ensemble, to suggest how Augmented Reality can be thought of as a new space in which to create such “interventions and semiotic shocks”. With AR we imagine a world in which codes can be broken down, infliltrated, reinvented, directly from the people, directly from streets, bodies, objects, times and places, reinventing public spaces, private ones, relations, and communications.

There are technical and conceptual issues to be assessed in all this.

Technically, AR is still very cumbersome: devices, displays, percision, computer vision… everything is not what we would like to have. Too slow, too limited, too reliant on markers.

Conceptually, AR is being mostly used as a next-step advertisment or as a next-step yellow pages. Which is something, but something that resembles using a nuke to kill a fly.

One thing must be said in favor of marketing practices experimenting with AR: they are fast! There’s a dozen new experiments each day: markers on magazines, on cards, on totems, on cars, on tshirts, everywhere. With this progression going on we will soon have critical masses of know-how that will possibly form a foundation for further researchers.

But the most interesting things going on in AR are quite far from marketing. Social networks, art, architecture, sustainability, ecology, disabilities, multi-cultural practices, alternative business models, activism. People reinventing socialization; aesthetics; the spaces we walk through; the places in which we spend our time; the effects of our actions on the world; the possibility to inform ourselves on the products and services we use; the accessibility of the world for people who are not able to hear or see; the possibility to open up dialogues among multiple cultures and to make them interact and coexist; the possibility to create really new business models; the posibility to criticize, express ourselves, promote our autonomies, claim our share of the world.

These are areas in which AR is being researched on with incredible results, and the ones that I personally am most excited about.

Together with FakePress we are approaching these areas of intervention from the point of view of a next-step publishing house. 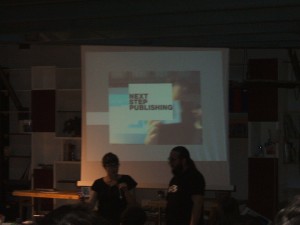 What will a publishing house that is aware of these possibilities look like?

We actually don’t know, yet, just as anyone else in these times and conditions. But we’re experimenting on our educated guesses.

“Publishing” will be (and already is) a key term in the near future. Global scale meltin-pots, remixing, mashing-ups, bashing, distracting, assembling, disassembling, fabbing, performing, wearing, touching, retouching. Messing it all up and bringing it back to a state of calm for the next two seconds and then starting up once again with the mashup. A continuous fluid unstable state of remix. Incredibly creative. But also very far from the word “strategy” as we know it. Different skills, methodologies, ambitions and, most of all, imaginaries are required.

Wrapping up: IAR2010 was a wonderful experience. We saw some innovative experiments, some a-bit-less-innovative ones, but focused on the high levels of quality and accessibility designed for the masses, some decent technical solutions, some really interesting theoretical approaches, some great visions, some incredible efforts and, most of all, a wonderful level of curiosity, a definite will to listen to all the available perspectives and a remarkable dedication to being open and accessible, with the clear objective of creating interconnections and collaborations.