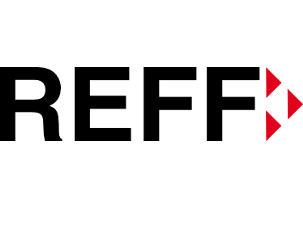 RomaEuropa Web Factory‘s second edition is about to start up.

REFF attended the press conference held at the Opificio Telecom in Rome, on Wednsday September 16h 2009, to check out the informations that were being diffused on the web about the innovations of this year’s edition of the Fondazione Romaeuropa‘s networked competition.

While watching the press conference, it seemed as if we were looking in the mirror. Because RomaEuropa WebFactory 2009/2010 edition is actually indistinguishable from last year’s RomaEuropa FakeFactory!

All of these things are going to be included in this year’s RomaEuropa WebFactory, whose structure, thus, becomes indistinguishable from the FakeFactory!

Beatpick. Beatpick is part of REFF, and they are the main partner form the music section (100Samples). Beatpick has been called to manage RomaEuropa WebFactory’s music section for this year’s competition.

We think that this is a great victory.

RomaEuropa WebFactory adopted all of the instances suggested by REFF’s critique. And we’re happy about it.

And we even got proper credit for the effectiveness of our action: REFF was mentioned multiple times during the press conference as the main factor bringing on this year’s change.

REFF project goes on by producing about 3 minor events by the end of the year, with one to present the publication that includes the academic productions of our scientific committee.

And then, in 2010, we’ll have an enormous initiative. But we’ll leave it as a little suspence for the next few days. :)