The world is not built out of a single point of view, or out of a single voice. It is the result of a continuous interaction among different people, places, objects, architectures, information. 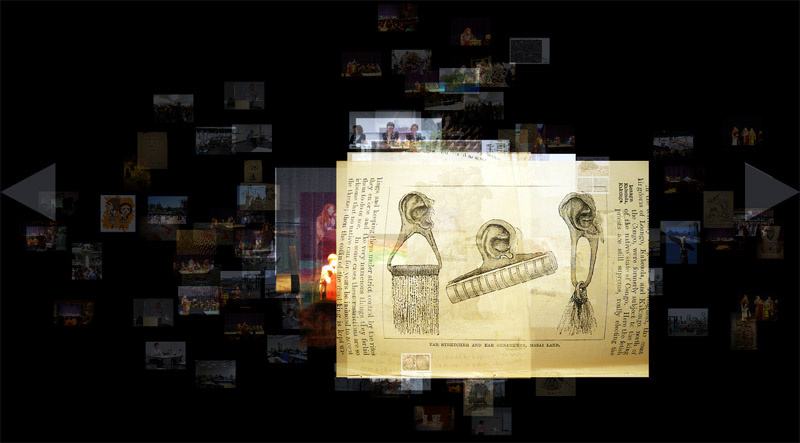 visual narratives and explorations in anthropology

A continuous flow of perspectives, voices, desires and emotions creates a poliphonic form of expression that goes well beyond written language, creating an experience that is closer to the world we live in.

AC is a simple actionscript interface that will be used as a starting point in a series of developments.

The first one simply grabs pictures about “anthropology” in real time from flickr.com, displaying them in a mobile, variable, multi-author visual composition that aims to create a visionary stream of consciousness of the multitude of people involved. A chaotic, suggestive, emotional, harmonic-and-dissonant narrative.

In the next steps, this form of narration will be expanded to define a world-medium that will be used to build a digital layer of reality that you will be able to experience in physical space, trough mobile phones and other handheld and wearable devices. A narrative augmented reality and a new form of publishing.