We took OneAvatar at Milano in Digitale. 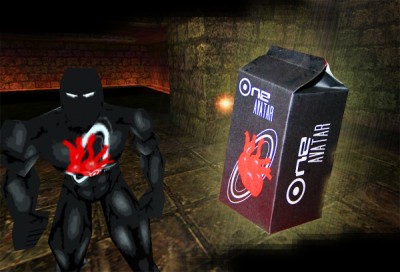 OneAvatar - the Game and the packaging

The third edition of the Milano in Digitale competition was held at the Fabbrica del Vapore in Milan, an industrial complex restored by Milan’s public administration to host artistic and cultural projects. Organized by the Fondazione D’Ars Oscar Signorini onlus, it is a competition created to investigate the evolution of the artistic research performed by young artists in the fields of digital and new media arts.

The competition is really interesting as it features a great level of openness towards the proposed works: both the organizing team (composed by Cristina Trivellin, Morena Ghilardi and Martina Coletti) and the jury (Paolo Rosa, Pier Luigi Capucci, Antonio Caronia, Francesco Monico, Domenico Quaranta and Franco Torriani) carefully analze all of the works selecting the ones that use digital technologies in the most significant ways.

It was, thus, a pleasure to be selected.

Me and penelope.di.pixel chose a hardcore approach to present OneAvatar in this occasion.

I designed a multi player game using IDSoft’s Quake 3 3D engine that allowed the players to hunt the avatar of the person (me! :)  ) wearing the OneAvatar suit through a three dimensional environment. [Note: look at the end of the post for the links to download the source code of the game]

When the players eventually hit the OneAvatar character, the software activated the circuit connected to the game server’s serial port (I connected through a simple circuit to the USB port of one of the laptops) sending the electric signals used to flash all the LED lights that were placed all over the suit and to send a stronger electric shock to a voltage multiplier circuit that was taped to the hands of the performer, actually hurting (a bit ;) ) him. 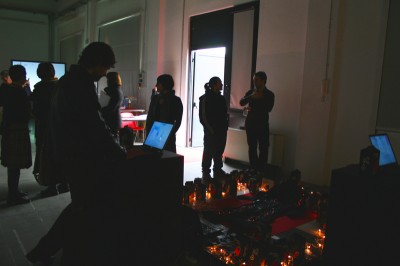 the installation before I started to get electrocuted

The installation features the results of the research coming from the OneAvatar project: technology, emotion, identity, relational dimensions in the digital domains are ome of the fundamental topics analyzed.

In this research we focus on the re-connection of the physical body to the digital identities of the persons using digital technologies and networks. In the OneAvatar project this approach produces a short circuit between the physical and immaterial dimensions, forcing the former to interact with the latter.

What results is an explicit layering of realities, entangling material and immaterial domains together. Game players are forced to thing about the physical effects of their actions when they shoot the game characters, ad the other players get physically hurt by the electric shocks.

A narrative metaphor for immaterial economies, cognitive capitalism, for the relationships established in social networks. 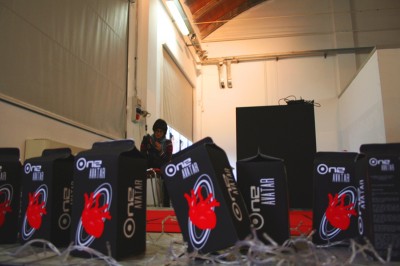 penelope.di.pixel finishing up the packaging

For the event a complete marketing and communication strategy was produced to create a fictional, but realistic and produceable, product to establish the narrative level of the performance: the performer was displayed as in a shopping center showcase, with the product and the related gadgets available for sale. A further analysis on the evolution of art in the contemporary era, in its hybridization wth communication, marketing and ethnographical practices.

The results were amazing, with people happily embracing thei sadistic roles, and merrily torturing me for several hours on the first day of the show.

The other works at the exhibition were quite interesting. 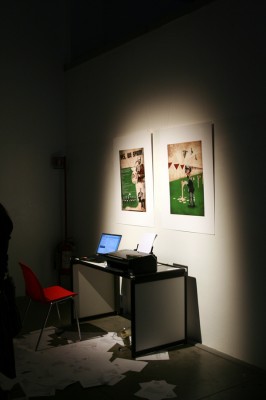 IO Cose’s Yes We Spam featuring a massive spam action in the occasion of Italy’s elections. 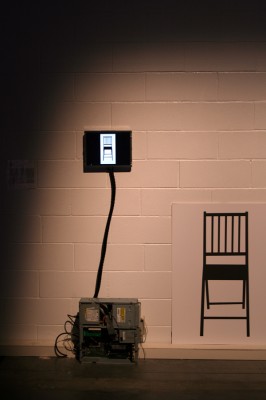 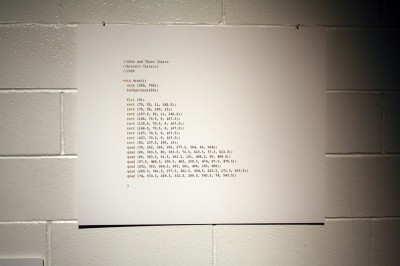 nOne and three chairs, by Alessio Chierico, featuring a beautiful metaphor on an old game and on a symbol. 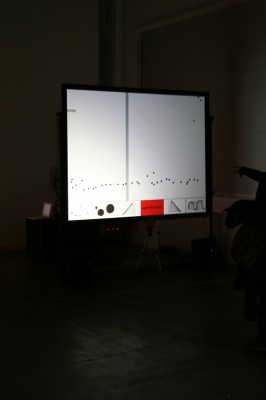 To-gather together n.11, by Cosimo Cappagli, Daniele Grosso and Lea Landucci, where Maestro Daniele Lombardi‘s music and artistic practices come to a new life with the help of a Wii remote. Poetry Machine – Change, by Daniela Calisi, Shadi Lahham, featuring an analysis of the process of writing. 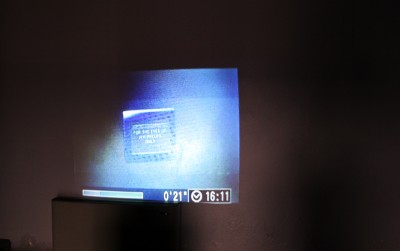 this message will self destruct

This message will self destruct, by Marco Brianza, researching on the replicability of digital contents. spacewindows.com, by domenico rubino, where a random picture browser becomes a tool for an interaction and aesthetics analisys. the lovely Dancing with my Tuzki, by Valeria Ferrari, where a MSN chat becomes the occasion for a reflection on digital iconographies. 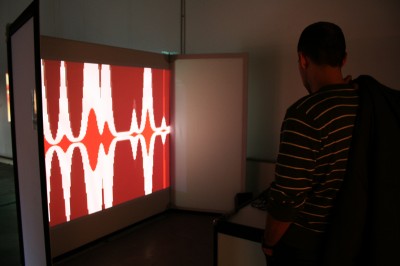 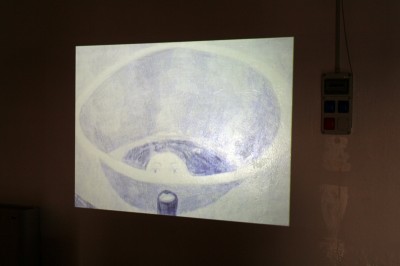 Lacuna, by Marta Roberti, a non linear narrative exploring the concept of the double. 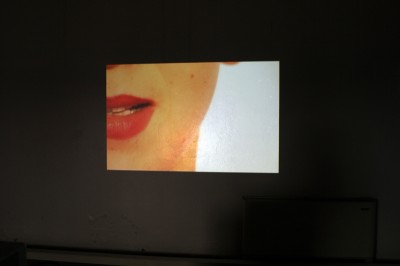 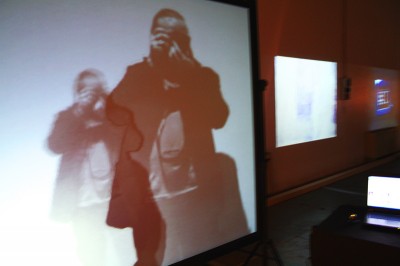 Alter ego, by Roberta Peveri, analyzing the concept of the alter ego through the use of digitally produced perspectives. 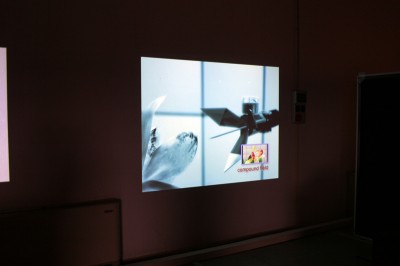 Compound Field, by Patrick Tabarelli, a sythtetic video discussing the relationships running between nature and artifact.

Read below for the details of the software used in the OneAvatar installation.

Click this link (below) to download the game sources (only .h and .cpp files included: you do need to link the other libraries; also check inside the source code for the names of the required sound and graphic files)

Here is a gallery of the pictures:

Here are some links:

Some pictures by Cecilia Brianza