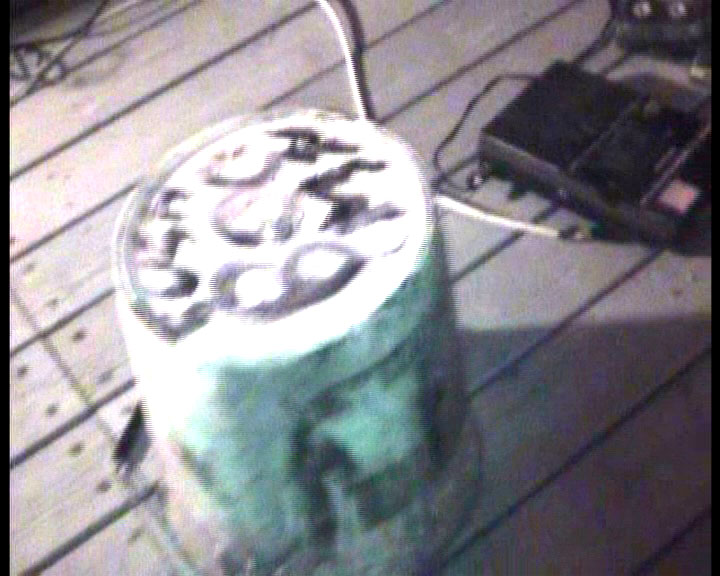 A beach party is progressively invaded by digital art installations

The software automas living inside Fagocitosi feed on shapes.
The frames captured through the camera constitute the living
environment for the automas. They walk through the imagery according
to a set of rules determining social and natural balances (co-relating
population density to food availability, automa population to
demographic growth, noise, and so on).
Automas replicate through visual feedback: an algorythm identifies the
presence of visual feedback in the various frames (visual pattern
recognition with space and time translations), thus determining the
When and How of the automa’s reproduction mechanisms.