The Real-time Cultural Ecosystem of the City of Rome 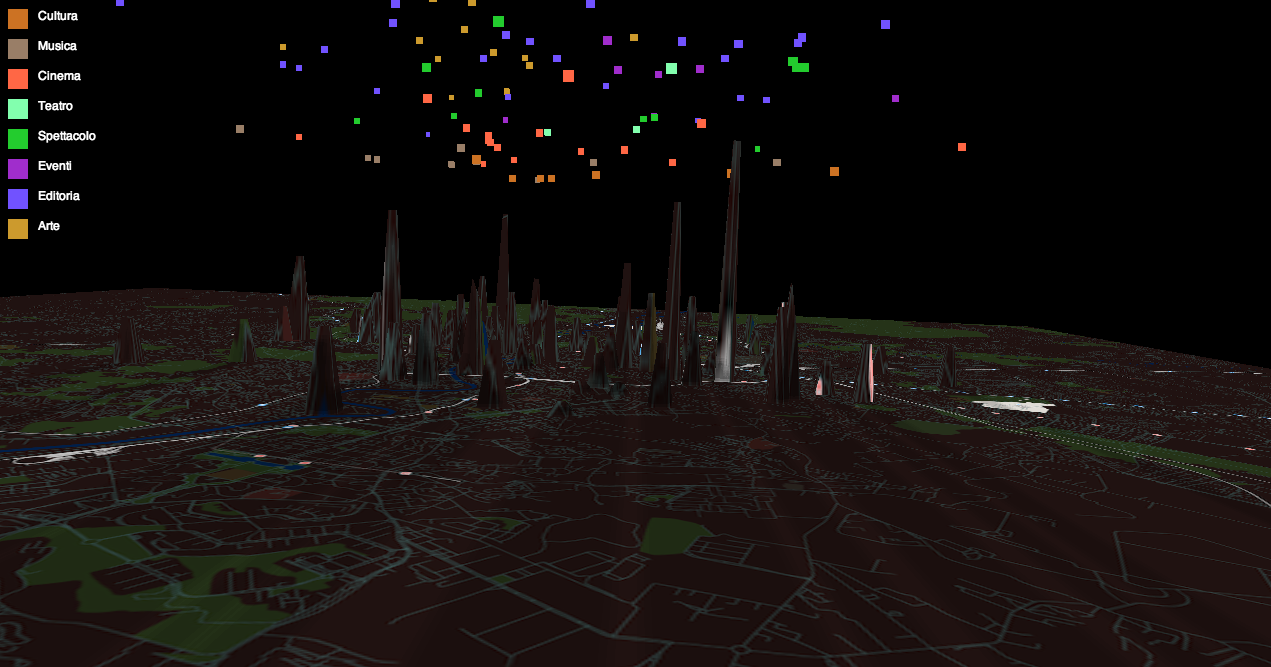 The Real-time Cultural Ecosystem of the City of Rome is a visualisation which captures all the interactions on social networks through which internet users discuss about the cultural life of their city. (it is the first part of the Human Ecosystems project) 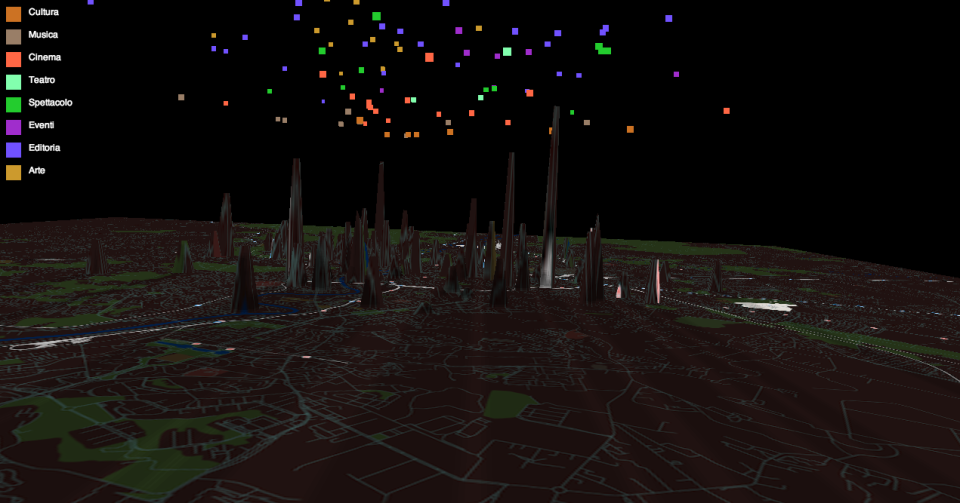 Real-time Cultural Ecosystem of the City of Rome, Space

Built with the support and collaboration of the Cultural Council of the First Municipality of Rome’s City Administration, it is the first of a series of Ecosystems which we will be publishing in the next months.

Why is it Important?

It is the first time that such an action is made available to a public administration and, through Open Data, to operators and citizens, who will be able to use it to better know and understand the cultural landscape of their city, to support innovative phenomena to emerge, and to create services through the web and smartphones.

It is a replicable model, ready to be adopted by other administrations. And, most important, it is interoperable, allowing direct comparison among different territories, allowing to understand their characteristics and practices.

How is it done?

By using the possibilities offered by major social networks to harvest in real-time the public information generated by users and operators.

This information is captured as soon as it is generated in the geographical area of interest, and processed using a series of techniques and technologies (Natural Language Analysis, Emotional Analysis, Network and Relational Analysis), and are thus enriched and annotated with additional information regarding the themes and issues being discussed, the emotional states they express, and a best-effort guess of the location from which they have been generated and of which they are talking about.

All information is visualised practically in real time, and made available through a source of Open Data accessible through APIs.

When will it be available?

The official presentation will happen in the Cultur+ event, Sept. 28th 2013 in Rome‘s Casa delle Culture, via di San Crisogono 45.

An open beta version is available HERE for anyone to access. It is an early beta, and we’re asking all the community to support in making it work perfectly, helping us out to identify data and information which seems out of place and also getting the interfaces to work as expected. To have access to the Open Data source you might have to wait a few days more, but please contact us to know more and get early access.

Keep in touch for more posts right here, as we will unveil updates, additional information and knowledge we have collected about Rome’s Cultural Ecosystem.