VersuS – Rome, October 15th, the riots on social networks 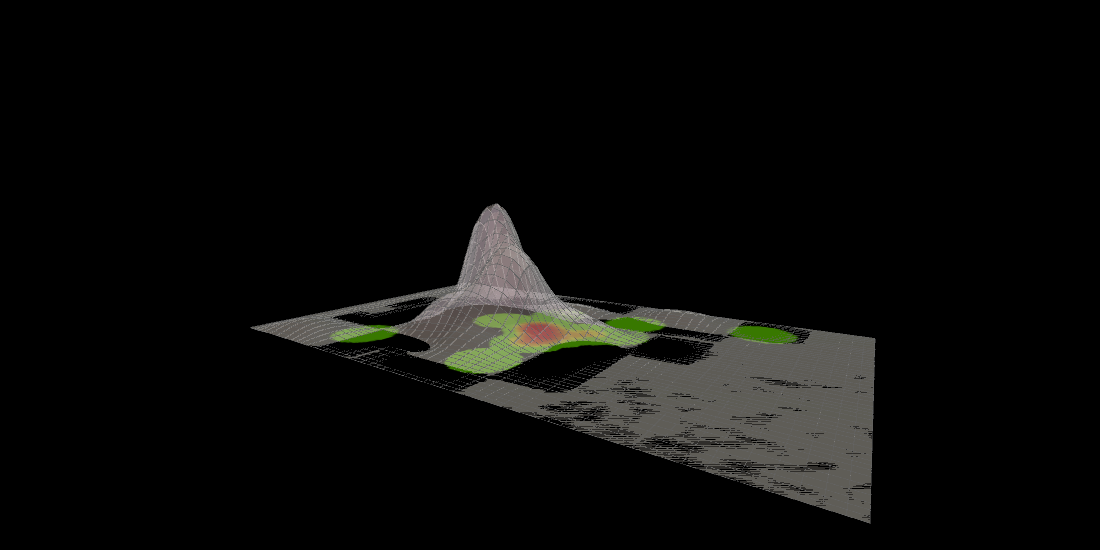 This short video displays the activity on social networks (Twitter, Facebook, Foursquare) during the riots of October 15th which took place in Rome during the local instance of the 15th October initiative created in the planetary process started by the Occupy Wall Street movement.

The peaks and contours you see represent the intensity of the communication and conversations that was taking place from the start of the protest (at 3pm local time) up until its approximate end (at 8pm local time).

The animation shows the geo-referenced intensity of messages for each 30 minute time slot from the beginning to the end of the protest.

Messages have been captured using the publicly available APIs made available by the operators of these social networks and do not represent the totality of the conversations as:

Even with these limitations taken into account, a massive number of communications and conversations has been captured, processed and represented in the visualization (around 20000).

The 3D visualization was juxtaposed to a realtime location based one like this one below: 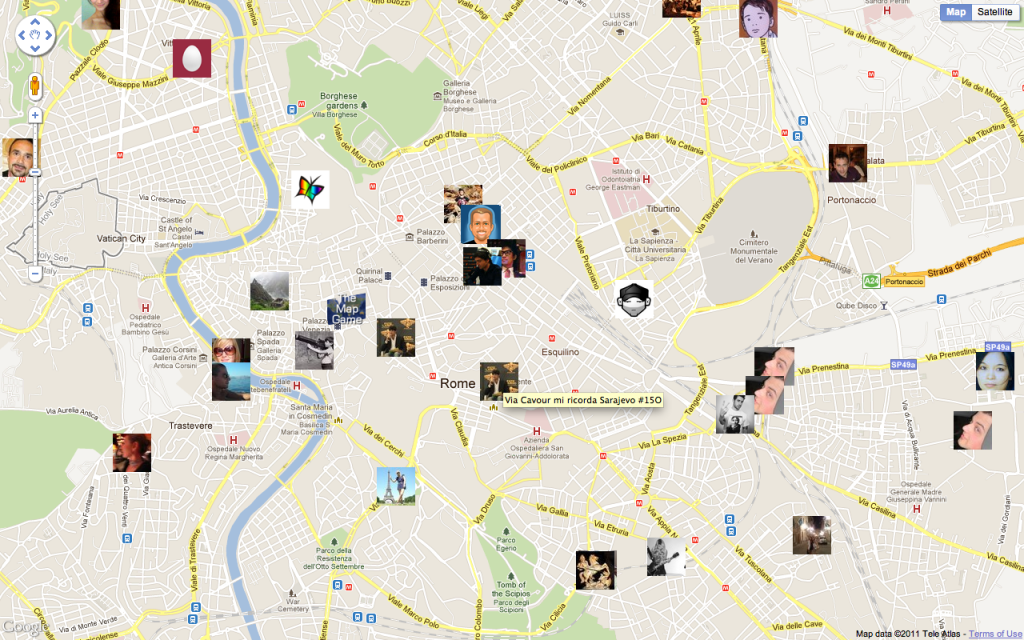 location based realtime infovisualization of the riots in Rome oct15th

In this visualization geo-referenced social network messages pop up with the avatar icon of their author, as soon as they are created.

We were very sad about Rome’s protest on October 15th: the peaceful protest, the only one whose interest was to actually try to oppose the difficult situation of our planet, was completely overwhelmed by the violent one.

By looking at the peaks of intensity of communication on social networks and the other info visualizations, it is clear how most of the online conversation was focused on the violent riots. And this is also strongly reflected in older media such as TV news, newspapers and their websites.

It is time to invent new, innovative, creative forms of protest, fostering new forms of solidarety, collaboration, participation between people, and also to create tools, strategies and methodologies to bypass and overcome the tricks which power structures and the people and organizations which we want to fight against have learned to perform so well to dismantle and make disappear all the good parts of the critique coming from the peaceful protesters.

What we suggest is to create new forms of protest. Which do not look anything like these current ones.

Digital technologies can become truly useful tools for this. That is: if we care enough to reinvent ourselves and our practices and, thus, we take into account the need/possibility of inventing new tools and methodologies.

While we all evaluate what happened yesterday, on October 15th, we wish to make a couple of observations:

These and other topics will be discussed at the Share Festival and at the FabLab Italia during the first week of November 2011, where we will present the “VersuS” project.

VersuS is a spin-off of the ConnectiCity project, and is intended to create tools that enable us to imagine, design and create new tools for the city.

In VersuS the possibility to capture and understand the conversations on social networks is transformed into a tool with infinite uses, whose main goal is to propose new forms of citizenship and human relation, and to also suggest institutions and organizations new methodologies and strategies to innovate their understanding of their cities and to design and enact strategies which leverage new possible sensibilities to the desires, wishes and creativity of people.

A suggestion about the fact that change is possible. 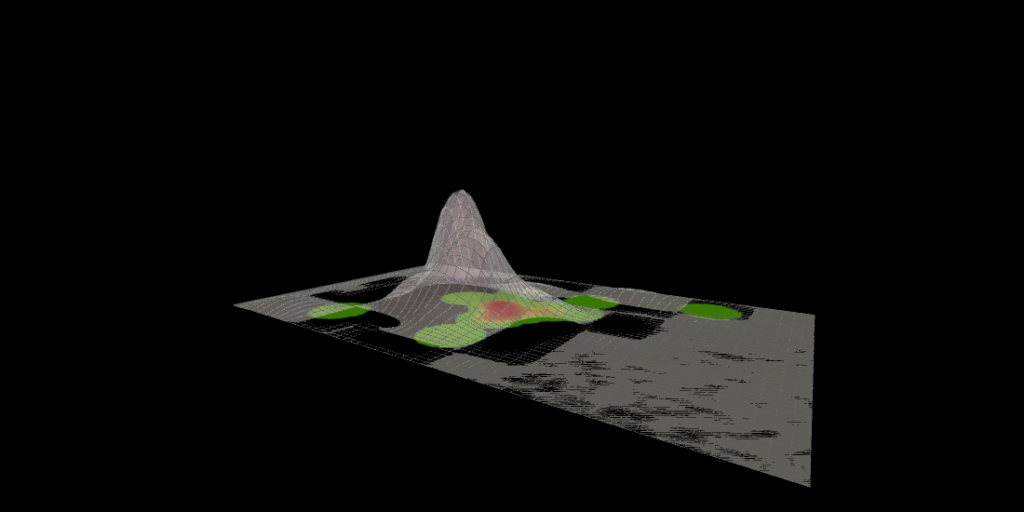 VersuS, visualizing Oct15th in Rome

VersuS is done using Processing as well as several other technologies for the realtime social network analysis.

The full code as well as the final version of the visualization and some 3D prints of the riots as seen from social networks, together with other concepts for usage of these technologies and methodologies in arts, sciences, intitutions, business and activism will be on show at the Share Festival in the first week of November 2011.

thank you for the support we’re receiving! We will be organizing the data in usable formats and will release everything (datasets and software) in the next few days so that everyone interested can validate it and use it for their researches and projects. And if you do: please keep us informed! We’d love to know more about it.

And if you can please consider coming to the Share Festival at our conference on Ubiquitous Fabbing on November 3rd in Turin at the Stazione Futuro where we will present and discuss the project in detail.

In these hours VersuS appeared here:

on BoingBoing, mentioned by our dear friend Jasmina Tesanovic