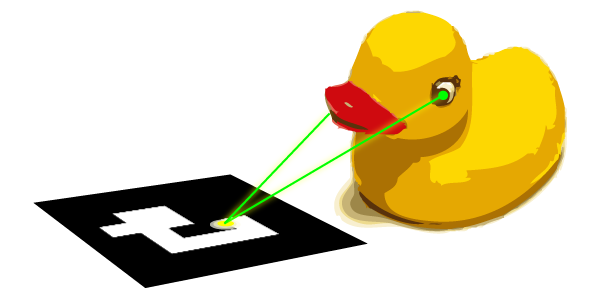 at AOS (and in the other initiatives such as REFF and FakePress) we’ve been proclaiming the rise of a new (or old?) idea of Augmented Reality, a philosophical approach screaming:

“Autonomy! You have the power and tools to shape your own world, creating additional spaces for your expression and free action!”

We’ve started some time ago, joyfully attacking supermarkets with our augmented reality invasion in Squatting Supermarkets.

Then we continued the Augmented reality experiments with FakePress, exploring the possibility to invent new languages and usage grammars for the world that had impacts on education, knowledge, society, cities and relationships.

And, lately, with our recently released Augmented Reality Drug, with REFF, RomaEuropa FakeFactory.

All these actions used technologies and practices to reinvent the world, our roles and the things we can do each days, promoting a multilayered, polyphonic, multicultural, free, autonomous version of reality, and suggesting that new imaginaries, languages, strategies,  politics and poetics can be created, reinventing art, business, activism and communication.

This is why we’re truly happy to present:

The micro courses will define an interstitial narrative that will traverse the whole event:

Workshops are open for everyone!
They are anytime, anywhere, always!
Being hit by one of the crumpled-up slides will mean that you are in one of them!
The objective of the workshops is to create emergent, spontaneous, effective, reproducible, appropriatable, remixable, re-enactable, disseminated, augmented discussions.
Throw me your micro crumpled slides with questions and ideas!
Throw them to other people, so that they can be in the workshop, too!
Copy, fake, reproduce, show and plagiarize the micro workshops! use the post-its and qrcodes!
Make “fake” ones yoruselves!
Place them all around AHAcktitude and in the whole city!
Copy the micro softwares and micro-lectures!
send them by mail to everyone! click “i like” and “share” on social networks!
Finally, reality is augmenting.